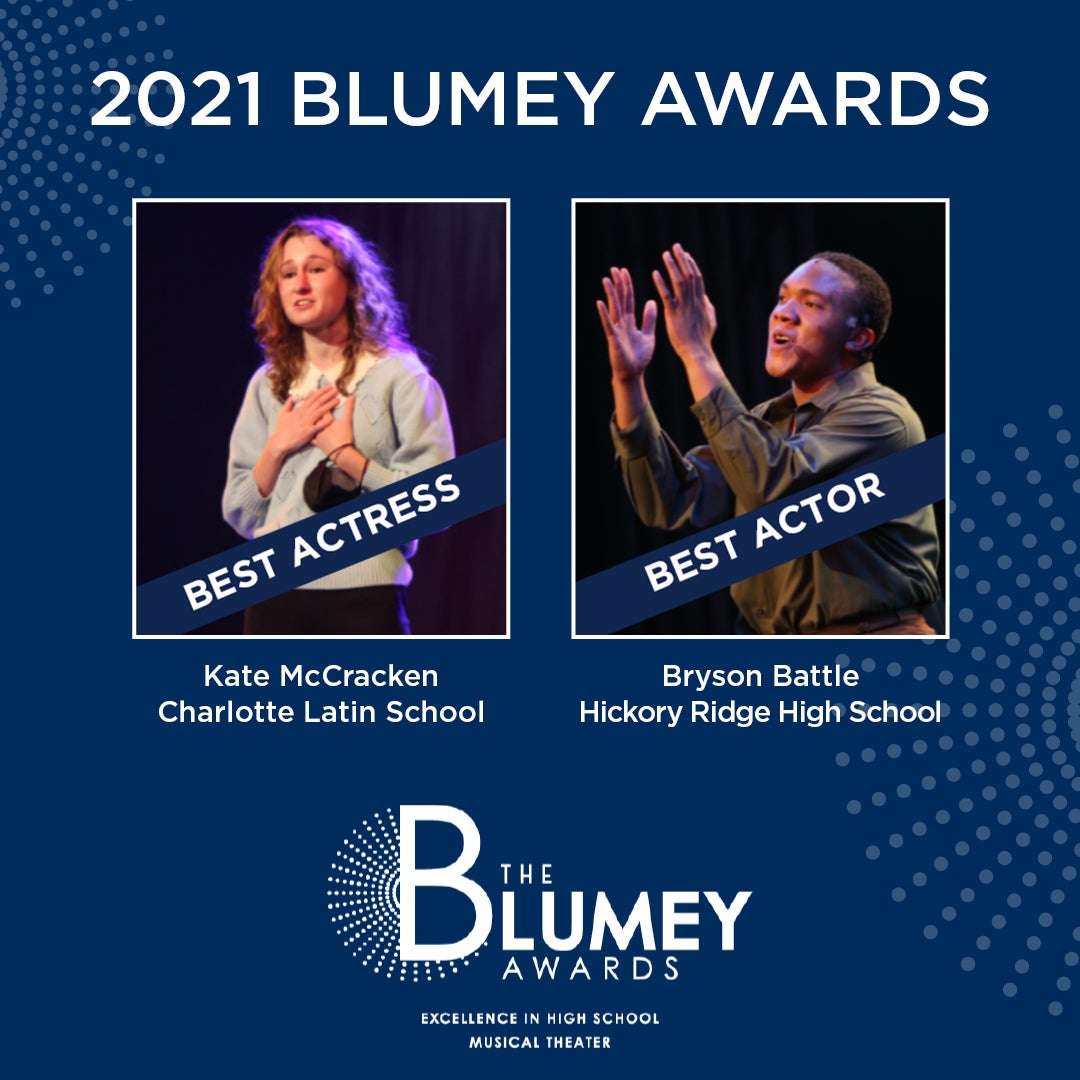 McCracken and Battle will go on to participate in the National High School Musical Theater Awards, also known as The Jimmy Awards® (named after famed Broadway producer, James M. Nederlander). That program will be presented virtually on July 15th.

“This year’s talent was incredible! The teens were starving to take the stage, to share themselves through their passion for performance,” said Blumenthal Vice President of Education Andrea Maloney. “It is clear that the arts not only remained alive but thrived during the pandemic; the slow down became an incubator for creativity and the future of theatre, of Broadway, lives right here in Charlotte.”

“Wells Fargo is pleased to be the presenting sponsor of this program for the 9th year in a row. We are amazed by the talent of these students and the dedication of their theater arts teachers,” added Jay Everette with the Wells Fargo Foundation.

The order of performances, arrangement and orchestration for the ceremony were led by New York-based professional music composer/conductor, David Dabbon. Dabbon has served as the music director since the inaugural Blumey Awards ceremony in 2012. Dawn Anthony, a local jazz musician, music director and teaching artist assisted Dabbon with music for student rehearsals, tech week and the ceremony recording.

Linda Booth and Tyler McKenzie choreographed the virtual and in-person performances. Booth, a Charlottean, has worked with over 20,000 youth, and she has choreographed over 200 productions, in regional, educational, and professional theatre. McKenzie, a Central Academy of Technology and Arts graduate and was an ensemble member with the National Tour of Hamilton.

All rehearsals and performance recordings were conducted safely and followed local and state guidelines.

Blumenthal Performing Arts is committed to continuing the celebration of high school musical theater. Despite the fact that many schools in the region were unable to produce a show this year given the impact of the coronavirus, Blumenthal still wanted to provide students the opportunity to perform. To achieve this goal and ensure the safety of all participants, this year, the students auditioned individually for a panel of judges to allow for significant social distancing and safety protocols in excess of CDC and local recommendations.

Throughout the month of March, over 330 students from 34 participating schools completed the audition process. Two nominees from each school were selected to advance and participated in a two-day audition workshop intensive with industry professionals in April. All nominees then auditioned a second time to determine the Best Actor and Best Actress winners.