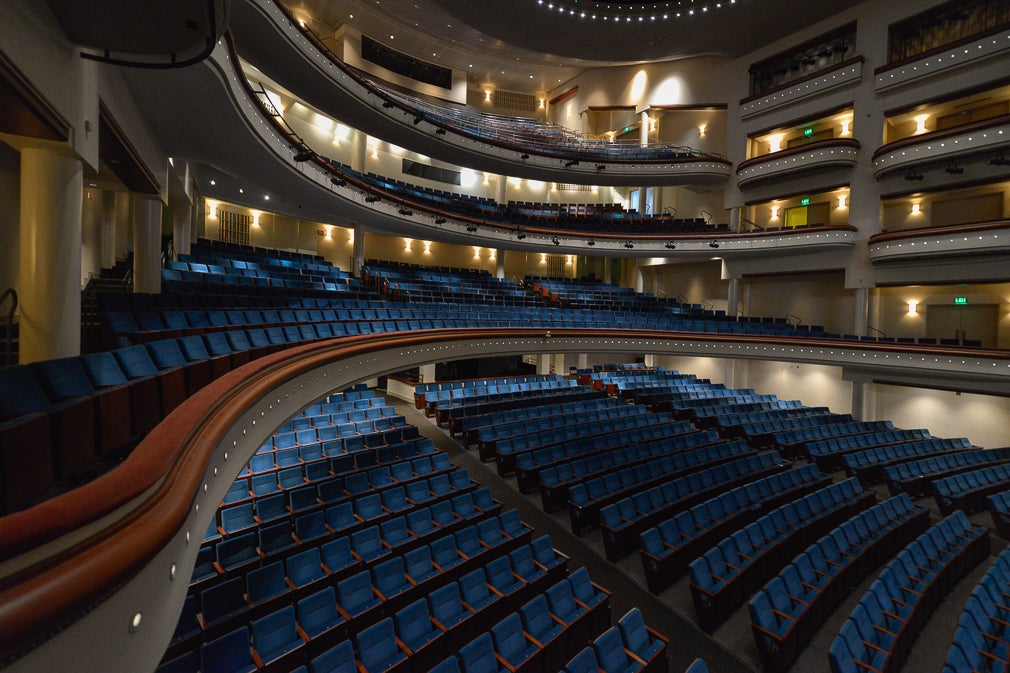 (February 9, 2021) Charlotte, NC – Blumenthal Performing Arts is pleased to announce the appointment of three new members to its Board of Trustees. Susanna Parker, David Head and William Smith were confirmed to the board January 27, during Blumenthal’s Annual Meeting streamed over Zoom from Booth Playhouse. Brian Cromwell was also named Blumenthal’s new Board Chair.

“Blumenthal Performing Arts throughout its history has been fortunate to attract talented, committed individuals who generously devote themselves to service,” said Tom Gabbard, President and CEO of Blumenthal Performing Arts. “This new class of Trustees continues that great tradition. We rely on their expertise and insight to help us know how best to use our programs to strengthen our community.”

Prior to moving to the Charlotte area, Susanna served as Counsel for the National Mediation Board in Washington, DC specializing in airline and railroad labor issues. Susanna advised three Presidentially appointed, Senate confirmed Board Members regarding labor and employment matters and was a Contributing Editor to The Railway Labor Act, the premiere treatise on airline and railroad law. During the course of her 14-year tenure at the National Mediation Board, she was appointed by Presidents George W. Bush and Barack Obama as Special Counsel to numerous Presidential Emergency Boards.

Susanna is the current President of the Coalition for Sensible Public Records Access, a national non-profit organization dedicated to promoting open public record access. She is also very active in the local community, volunteering with Claire's Army, serving as Vice-Chair of the Davidson Community Players and serving on the Development Committee for Blumenthal Performing Arts. Susanna resides in Cornelius with her husband, Rob, and their three children where they enjoy spending time together on Lake Norman.

David Head has over 20 years’ experience in professional services and banking. Throughout his career he has managed business units, led talent acquisition efforts, deepened client relationships, and engaged employees in key strategies. David joined Grant Thornton in 2014 to help lead the Charlotte market and to work with the firm’s largest clients to help them reach their business objectives. His client teams work across all service lines of the firm to align capabilities, drive relevant industry trends, incorporate emerging technologies, and assess regulatory implications.

Prior to Grant Thornton, David was a bank executive for ten years with one of the major banks here in town and prior to that he was with a leading global consulting firm for a decade. Throughout his career he has spent time in Atlanta, Houston and Frankfurt, Germany, but has always kept his home here in Charlotte. He has been an advocate for creating a diverse and inclusive environment in each of his roles as well as in his community volunteer activities. He has helped found or strengthen multiple diversity committees and served as an ally for business employee resource groups.

David’s community involvement includes serving on the Executive Committee of the Charlotte Regional Business Alliance and the YMCA of Greater Charlotte’s Board of Directors. He has also been a Charlotte Junior Soccer youth soccer coach for several dozen seasons.  In the past he has served as Chair of the Diversity and Inclusion Committee for the YMCA of Greater Charlotte, on the Diversity Council of the YMCA of the USA, as a board member of Children’s Theatre of Charlotte, Chaired the board of Communities in Schools of Charlotte, and is an alumnus of Leadership Charlotte, the United Way’s Leading the Way program, and Community Building Initiative’s Leadership Development Initiative. He lives in south Charlotte with his wife Marti and four daughters (Carlyn, Charli, Clara and Chandler).

William serves as a Senior Vice President and the Western Carolinas Market Leader in Commercial Banking for PNC Bank. Based in Charlotte, William is responsible for leading the overall strategy and production for PNC’s Commercial Banking business in western North and South Carolina. He is also responsible for building the PNC brand and supporting the investments in the communities PNC serves.

William has 26 years of banking experience, with the last 18 years being at PNC and predecessor banks. He has held senior level positions in a variety of business lines, including commercial banking, commercial real estate, and private banking.

William attended UNC-Chapel Hill, where he earned a B.A. degree in Economics. William is active in the community and currently serves as the Board Chair for the Dowd YMCA and Director for the British American Business Council. He lives in Charlotte with his wife (Leigh) and two daughters (Clara and Fuller).

The full slate of board members for 2021is listed below: