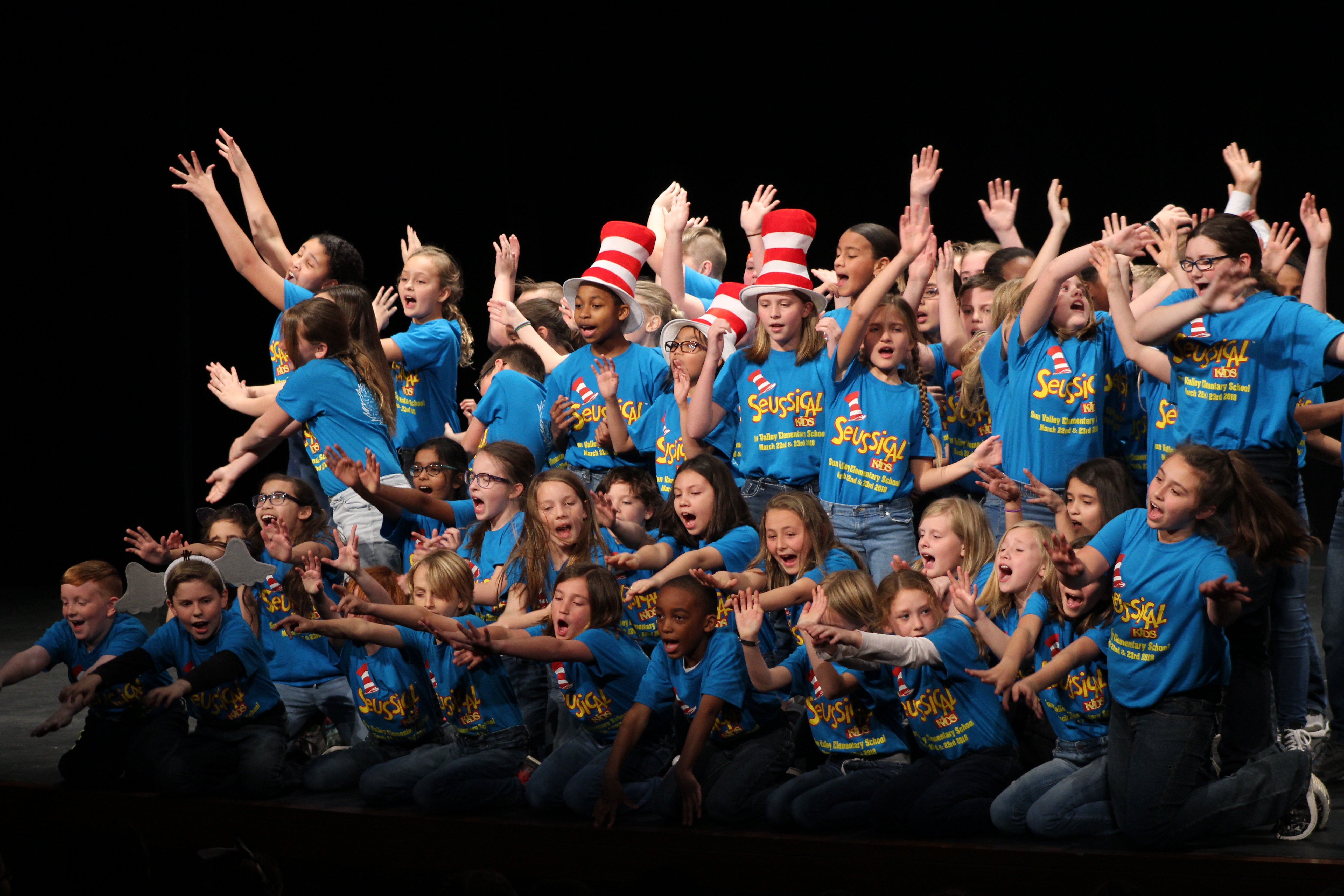 Last week, 2,000 elementary and middle school aged kids descended upon the Queen City for the 11th annual Broadway Junior Theater Celebration. The three-day long event has become a rite of passage for many, who come from around the region to meet other students with a passion for the arts. They perform a segment of their school musical for professional feedback from a team of renowned artist-educators and develop their acting chops through specialized workshops. The event, hosted by Blumenthal, is led by iTheatrics—an organization dedicated to adapting musical theater for school-aged performers and training theater educators.

Forty-five schools in all participated—each attending one full day of activities—accompanied by nearly 250 teachers and parent chaperones. Many of these adults have worked tirelessly alongside students throughout the year to fundraise, make costumes, paint sets, promote and direct each individual school’s condensed (and author approved) Broadway Junior™ production of a well-known Broadway or Disney musical.

Here’s a glimpse of The Broadway Junior Theater Celebration through the eyes of participating teachers and students. 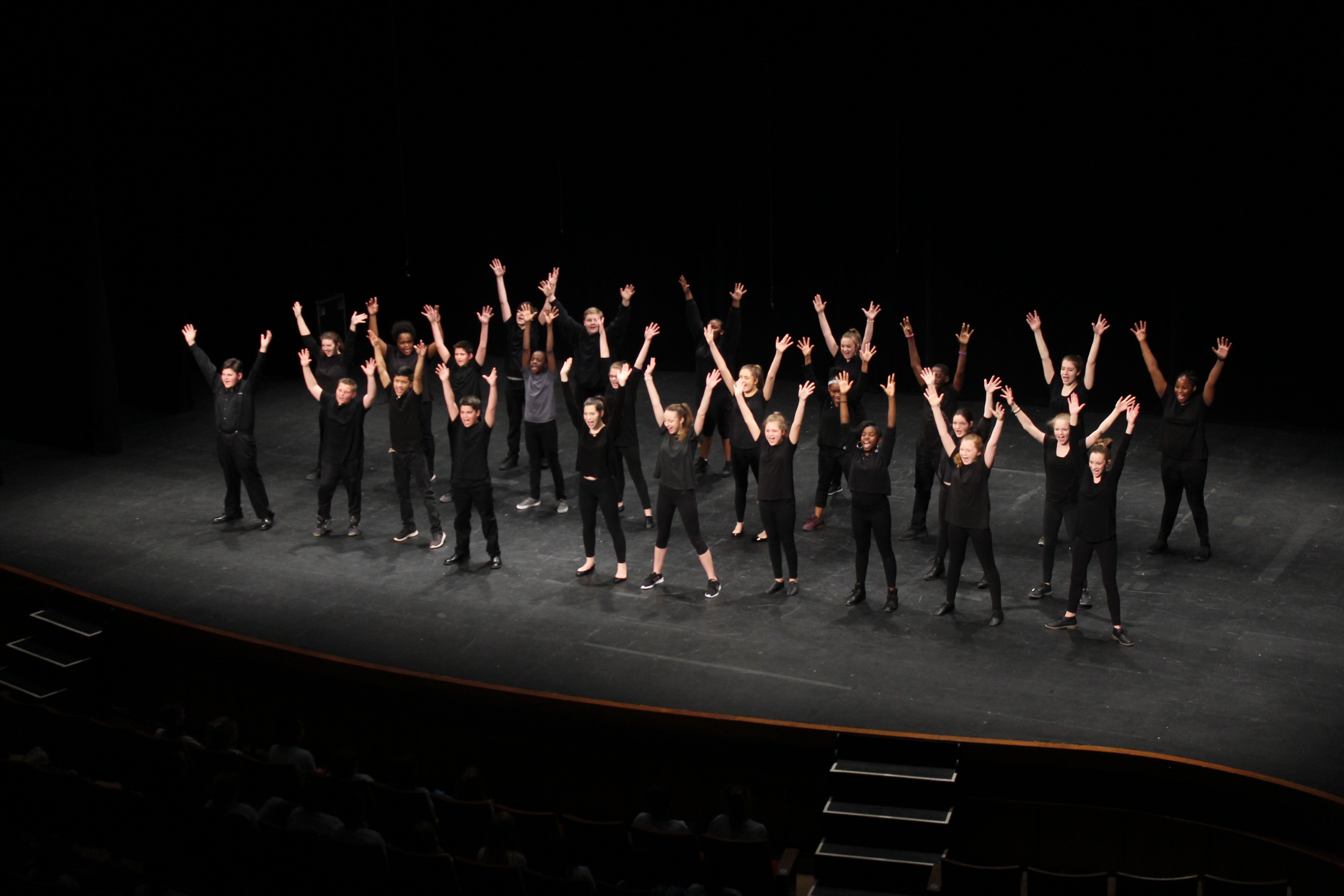 It’s day two of The Broadway Junior Theater Celebration and the energy at the Knight Theater is palpable. From the stage and the workshop sessions to the halls filled with young voices belting show tunes as they move en masse from one activity to another, you can sense their sheer joy and camaraderie. At the moment, about three dozen kids are frozen onstage, listening intently to instructions from Derek Bowley, a DC-based theater educator and music director.

He’s telling these students from Sun Valley Middle School to try the scene again from their school musical, ONCE UPON A MATTRESS, but to make their actions so over-the-top that their director would never allow it.

The kids try it again and the change is big and bold. The stage is buzzing with movement and sound.

“This time I need all of that energy back in your body and your face… keep that energy up. Now make sure it’s appropriate to your character at this moment.” 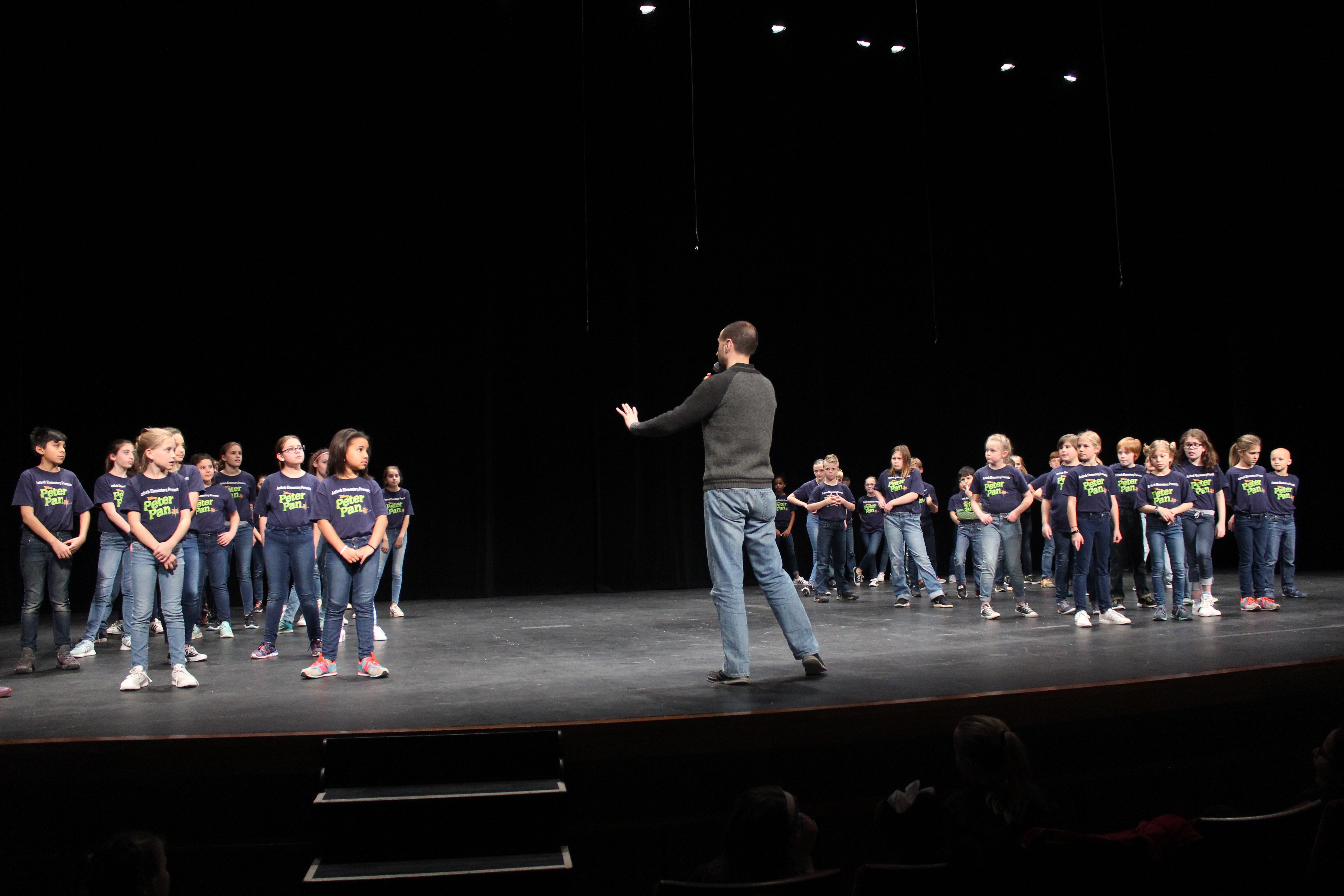 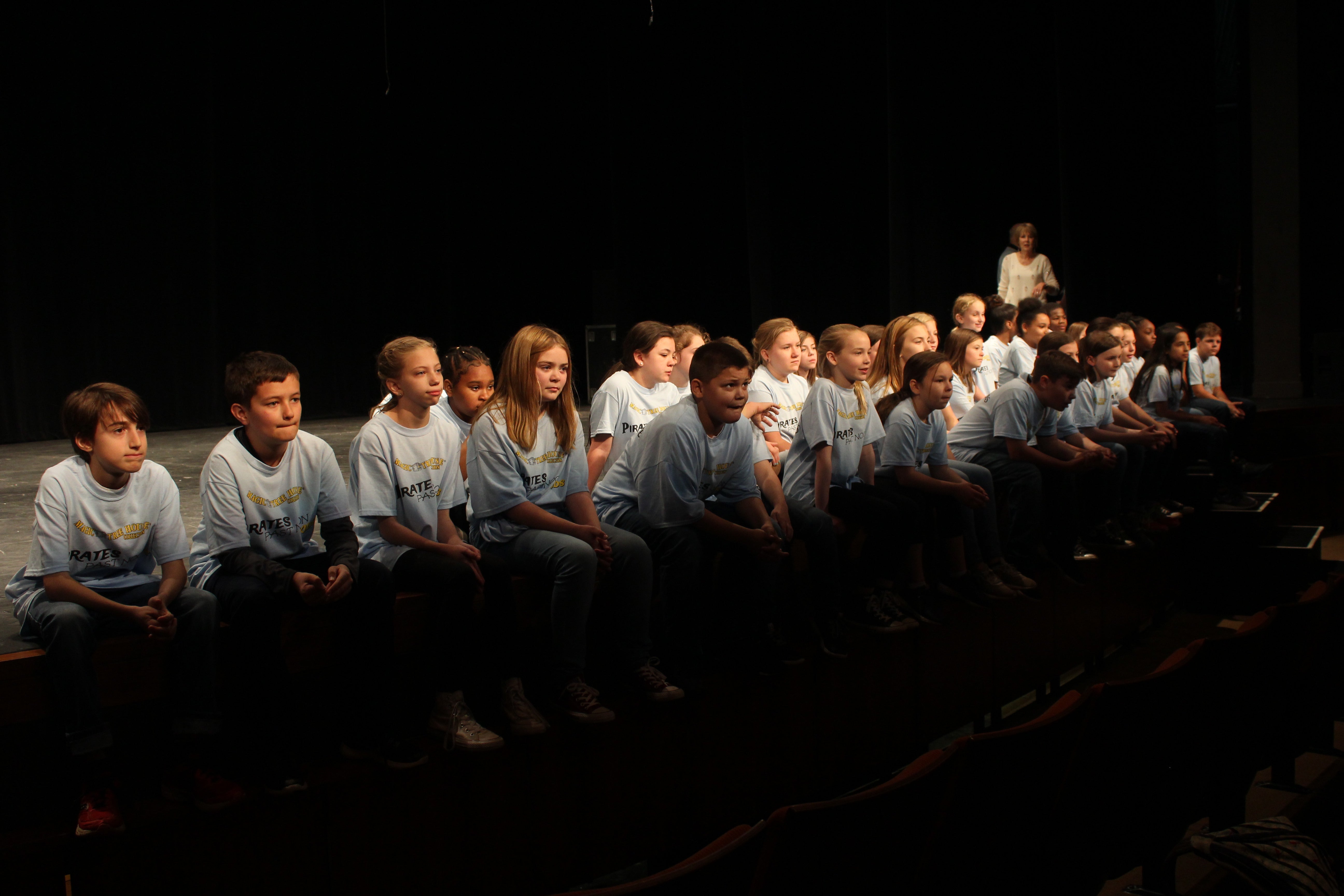 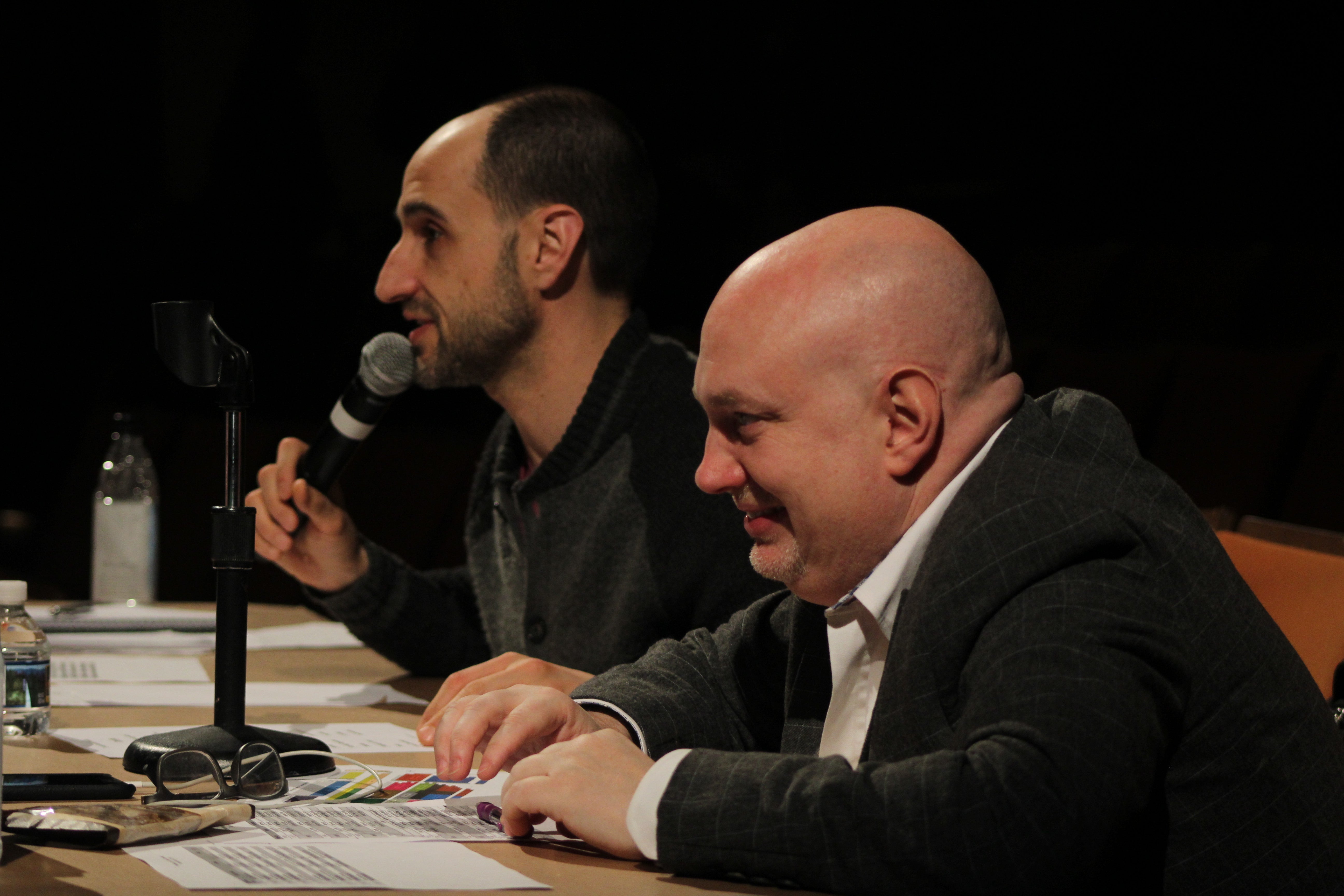 The attention to detail, encouraging tone and insights into how to improve are typical of the type of feedback kids will hear all day long.

Meanwhile, hundreds of students from other schools watch in the audience, awaiting their turn to perform and get feedback from Bowley and the other four professional artist/educators from the iTheatrics team. Using their own school’s musical as a starting point, the student participants work on skills to help them grow individually and collectively as artists.

“The kids love it,” says Kendal Steele, a fourth grade teacher at Waxhaw Elementary School. “They look forward to it, especially the kids who have come before.”

For others, this is their very first opportunity to experience uptown Charlotte and the arts and cultural world beyond their own school. “This is a big deal,” says Steele. 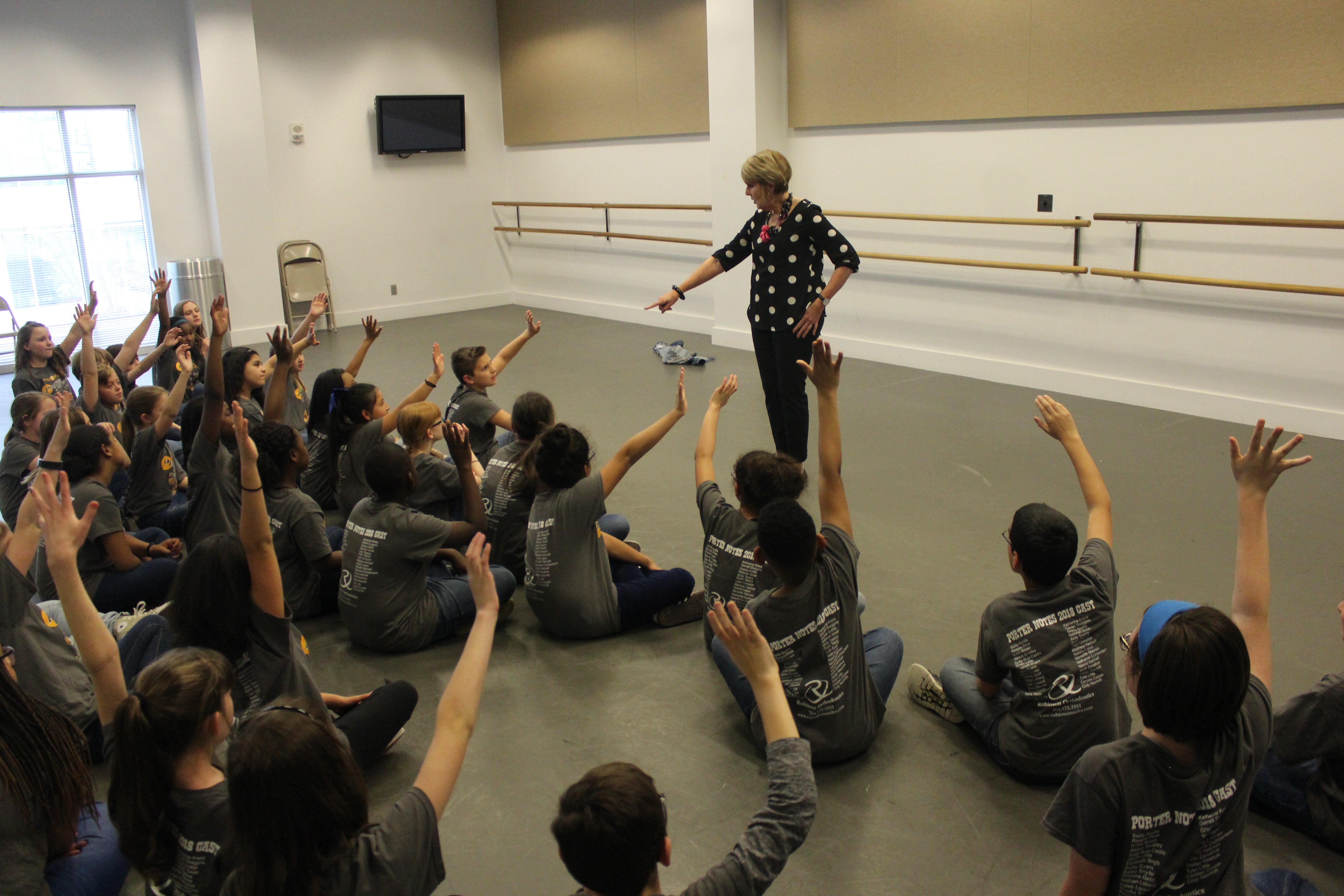 Nearby, in the Bechtler Museum lobby, Robin Bryant looks on while students from Iron Station Elementary, a Title 1 school from Lincoln County, participate in a workshop led by Tim McDonald, Founder and CEO of iTheatrics. The students create different silent stage pictures, using only their physical positions and gestures to evoke specific characters.

Children learn to work as a team through their shared experience of putting on a production and refining their techniques. For some, it means facing social anxieties and stage fright as well as opening themselves up to learning new skills.

“These kids put their heart and soul into it,” says Bryant a substitute teacher and member of the PTA, who helped direct the students’ production of THE LITTLE MERMAID. “If you can take a kid now who is super shy, super introverted and make them see there is something they can do, it can make them just blossom.”

The grown ups aren’t the only ones who recognize the benefits of participating in a school musical and the Broadway Junior Theater Celebration. Kids have plenty to say about it too. 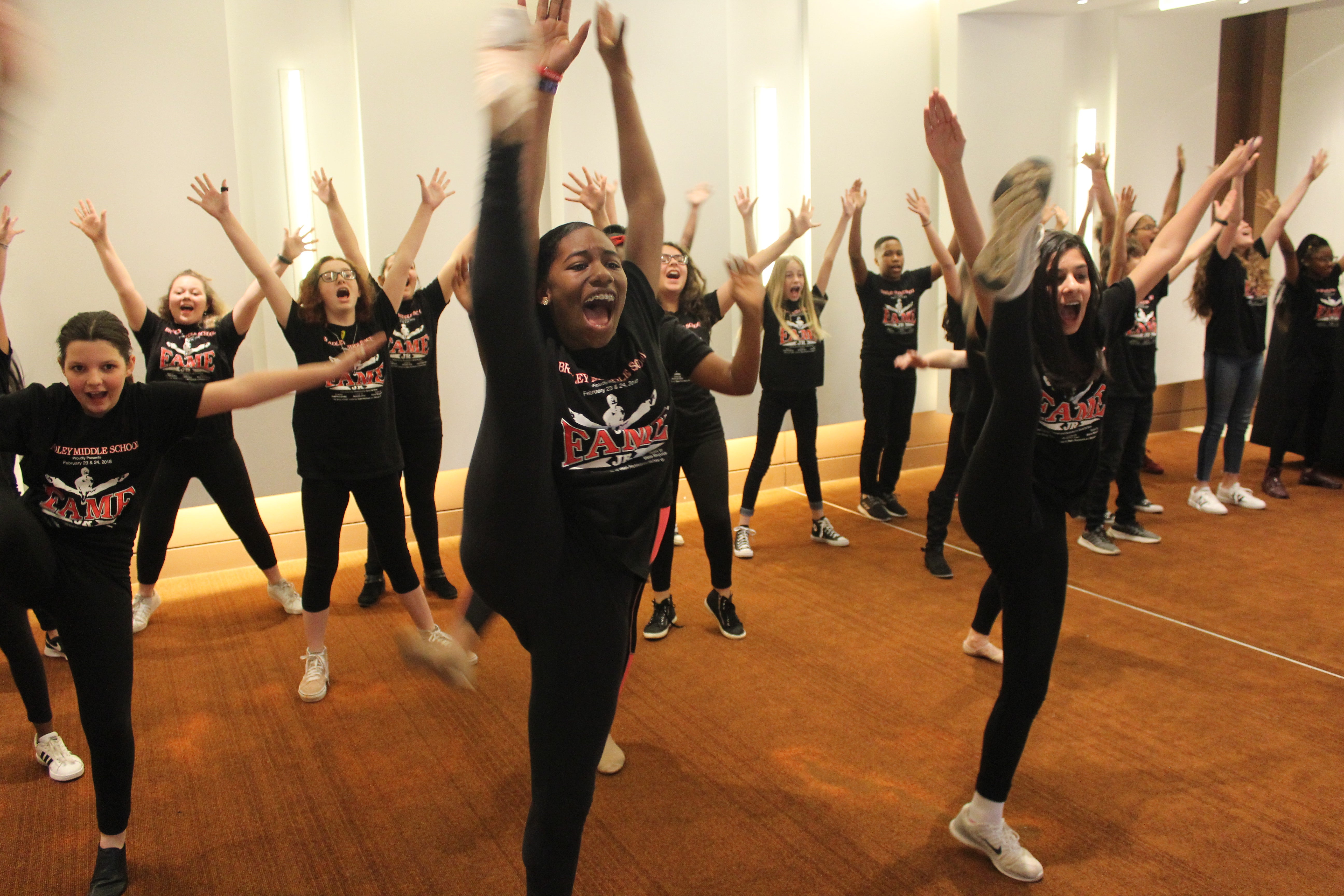 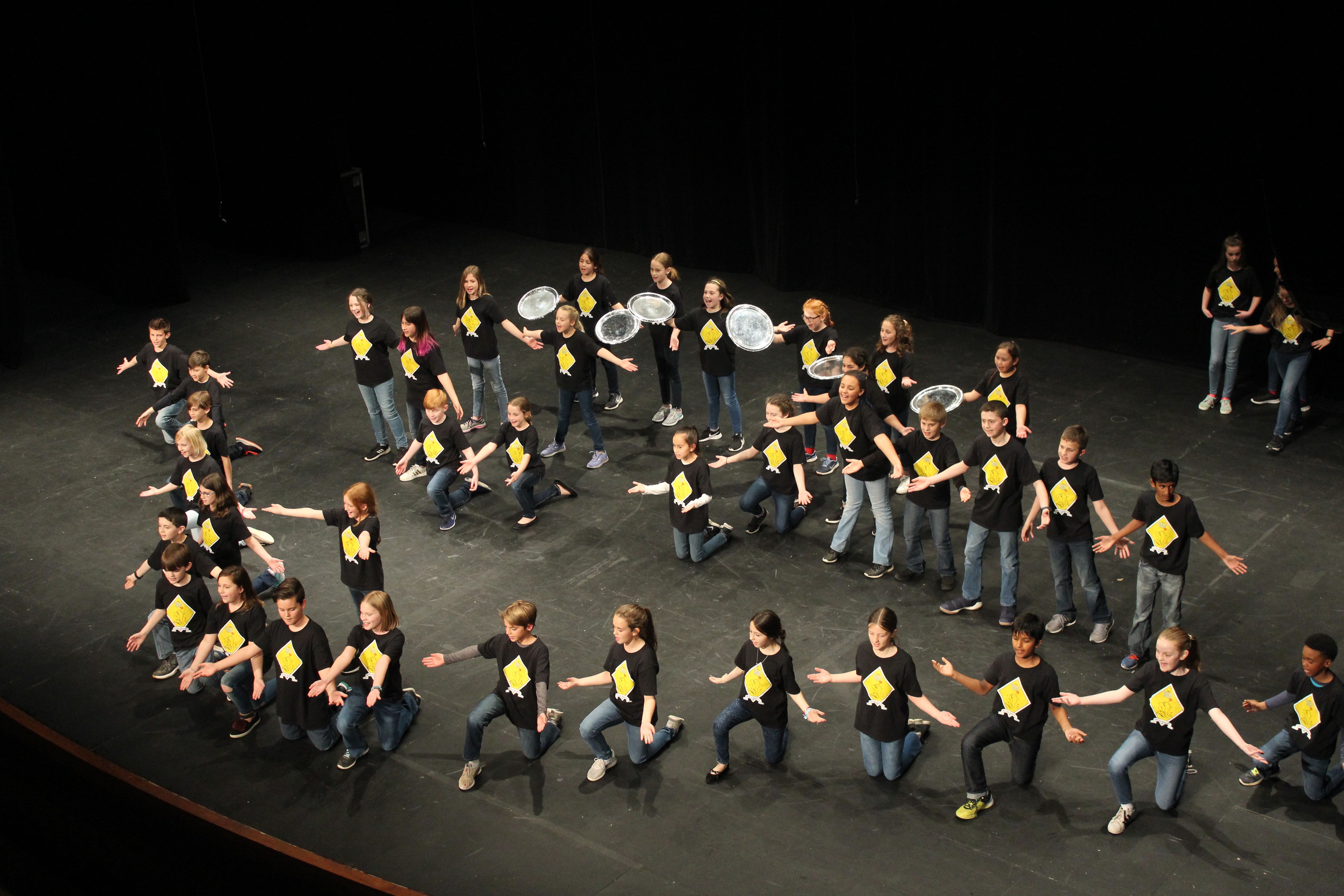 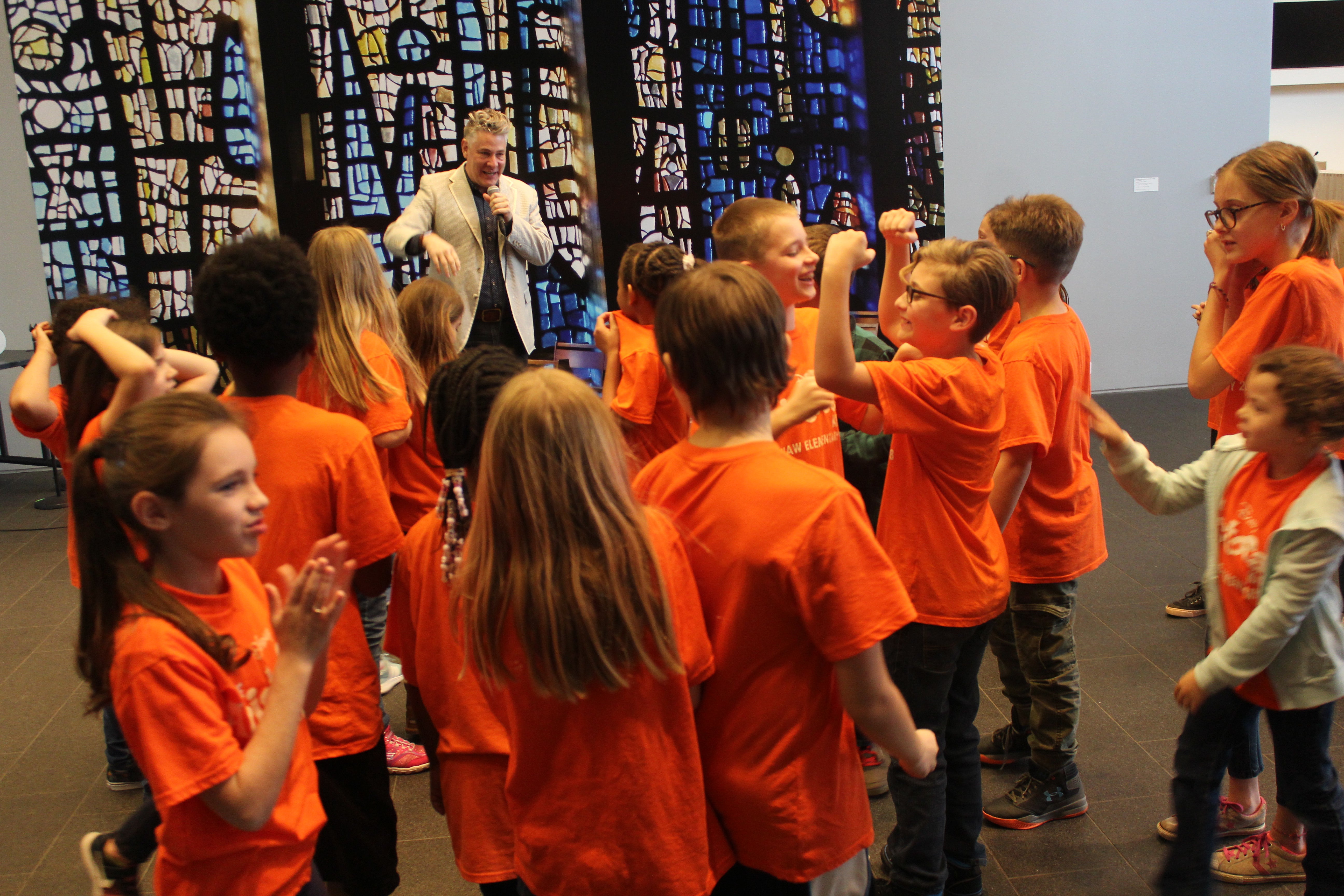 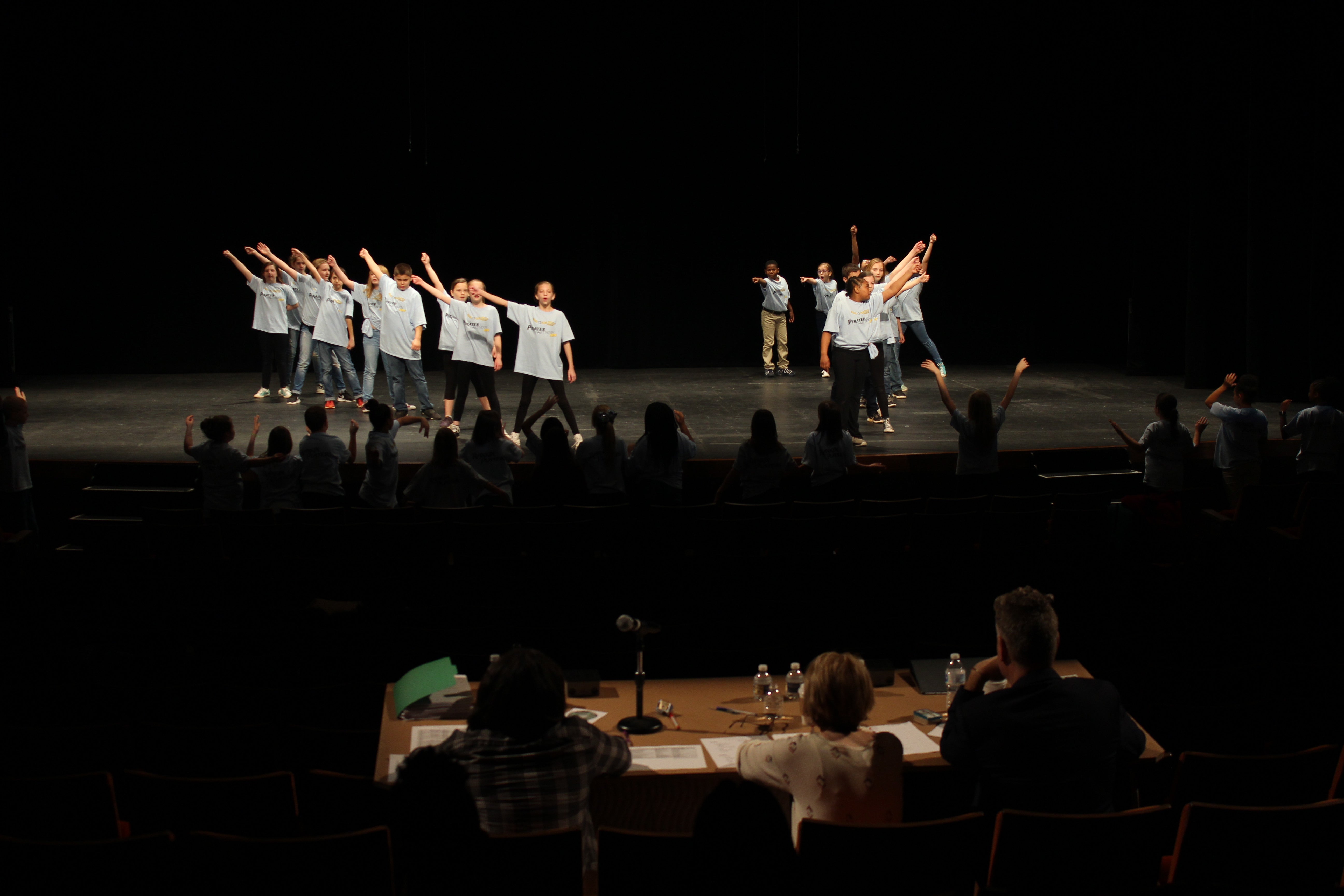 “Regular school is like paper, pencil… ‘you have to do this,’” says 8th grader Emily Morrison of Saluda Trail Middle School. “My brain is wired for music and dance… you get to improvise and make it fun. You get to show off the skills you have.”

She and fellow 7th grader Tayshawn Hope say they really enjoy watching other student performances and hearing how they are critiqued by the iTheatrics team. They also appreciate the specificity of the feedback on their own school’s production.

“They focus on how we can get better,” says Hope. “How we can do our own shows.”

For New Town Elementary School students Amelia Cook and Jason Hea, the event is also about self-expression. “I think [the arts are] important because you can show your true self,” says fifth grader Cook, “And you can show that in different ways, like singing and acting.”

Hea, a fourth grader and first time attendee, says that’s not always possible in other contexts. “You might be made fun of if you try,” he says.

PUTTING IT ALL TOGETHER

Creating a sense of camaraderie as well as inspiration for young artists and their teachers are at the heart of this event. “We say in education that we program based on what our younger selves would like to do,” says Blumenthal Education Manager Jenny Kabool, who oversees the event. “And I would have loved this program as a kid.”

Providing access to as many students as possible is also a priority. Thanks to event funding from the Doctor Family Foundation, Atrium Health, and Publix Supermarket Charities, Blumenthal  earmarks up to $23,000 to subsidize the cost of showkits for schools in need as well as money to assist with transportation costs to the Broadway Junior Theater Celebration. The showkits, which typically range in price from $450 - $700 include virtually everything a school needs to put on a show—from a director’s guide and choreography video to music scores and rehearsal CDs—as well as the all-important licensing, granted by Music Theater International.

Broadway Junior Theater Celebration is a great example of what happens when various communities pull together in support of the arts. Stacey Hea, a third grade teacher at New Town Elementary School sums up this collaboration well. “We do it all for the love of it,” she says. “It brings out a side of kids that you would never know in the classroom for sure."

Whether it’s the hard work of teachers and students, encouragement from parents, or financial support from business partners, one thing is clear: the returns on these investments are bound to be positive and long-lasting. 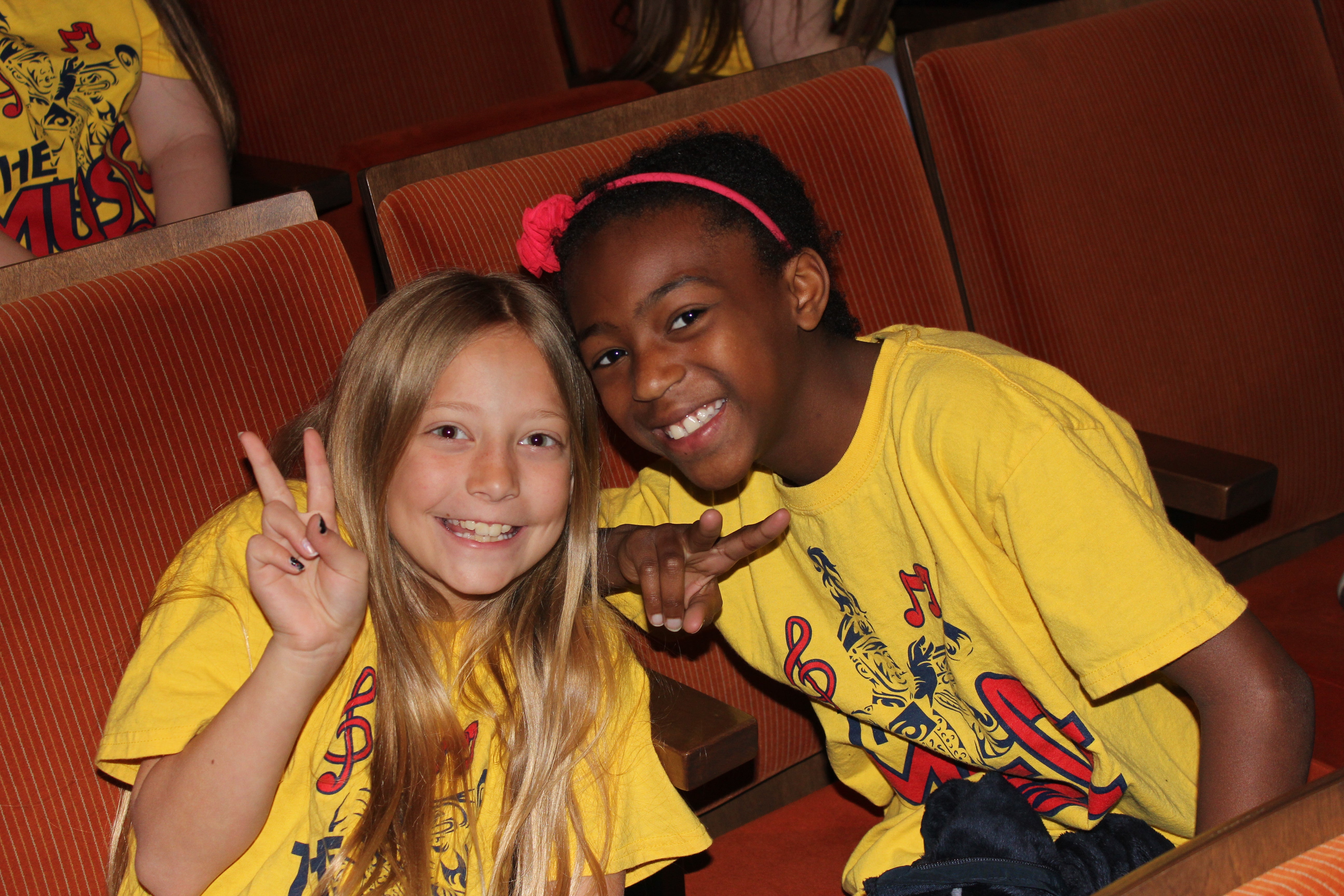 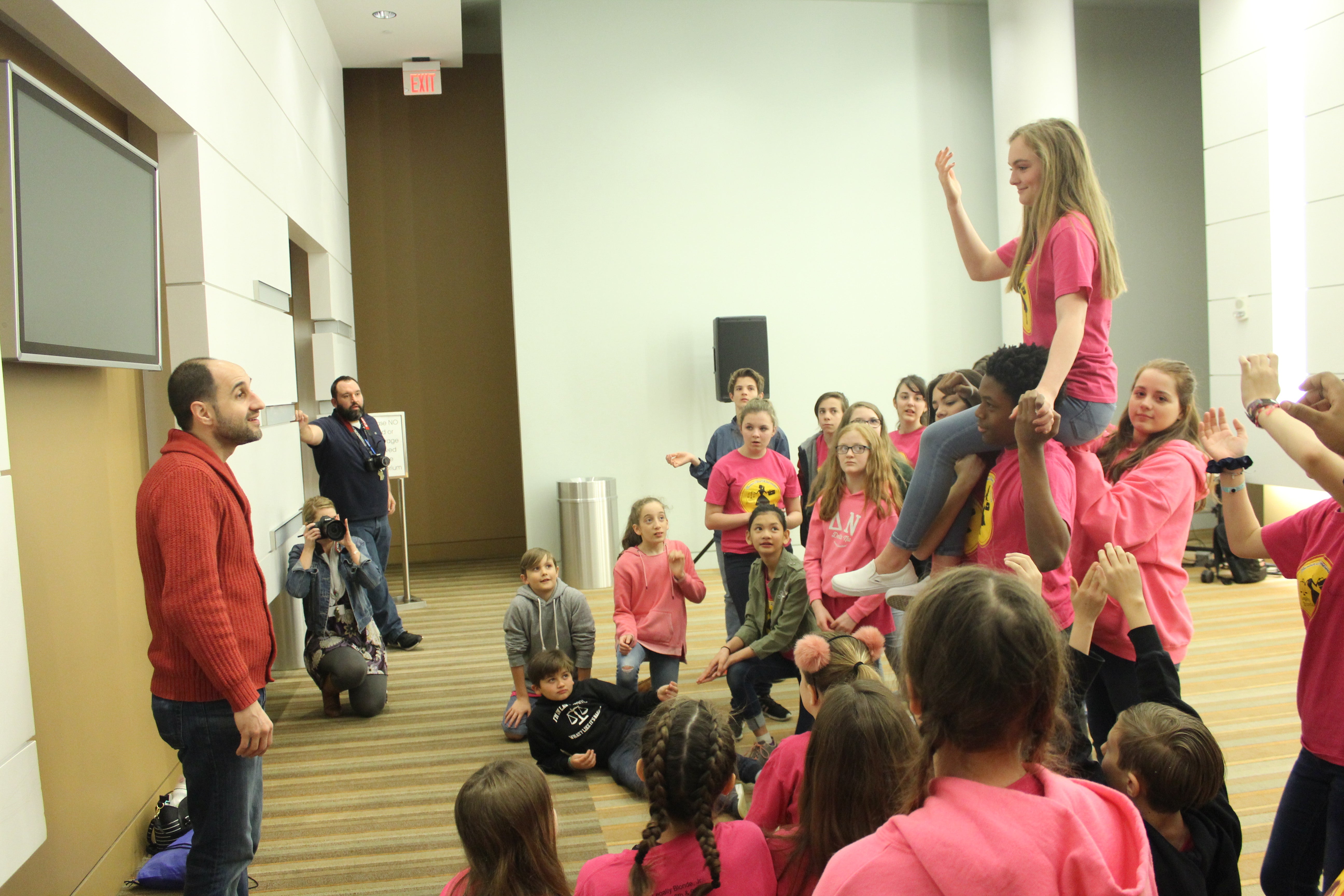 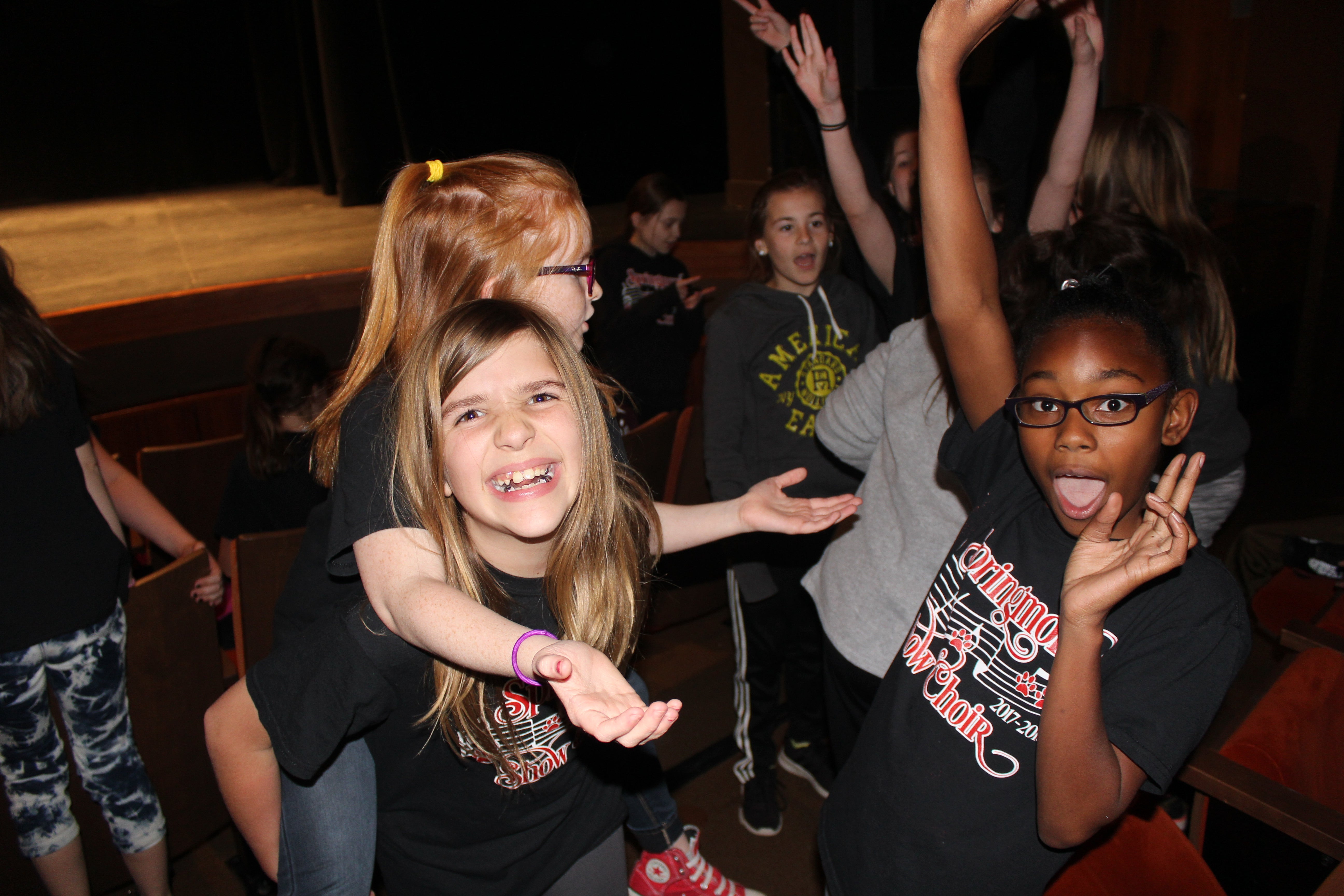 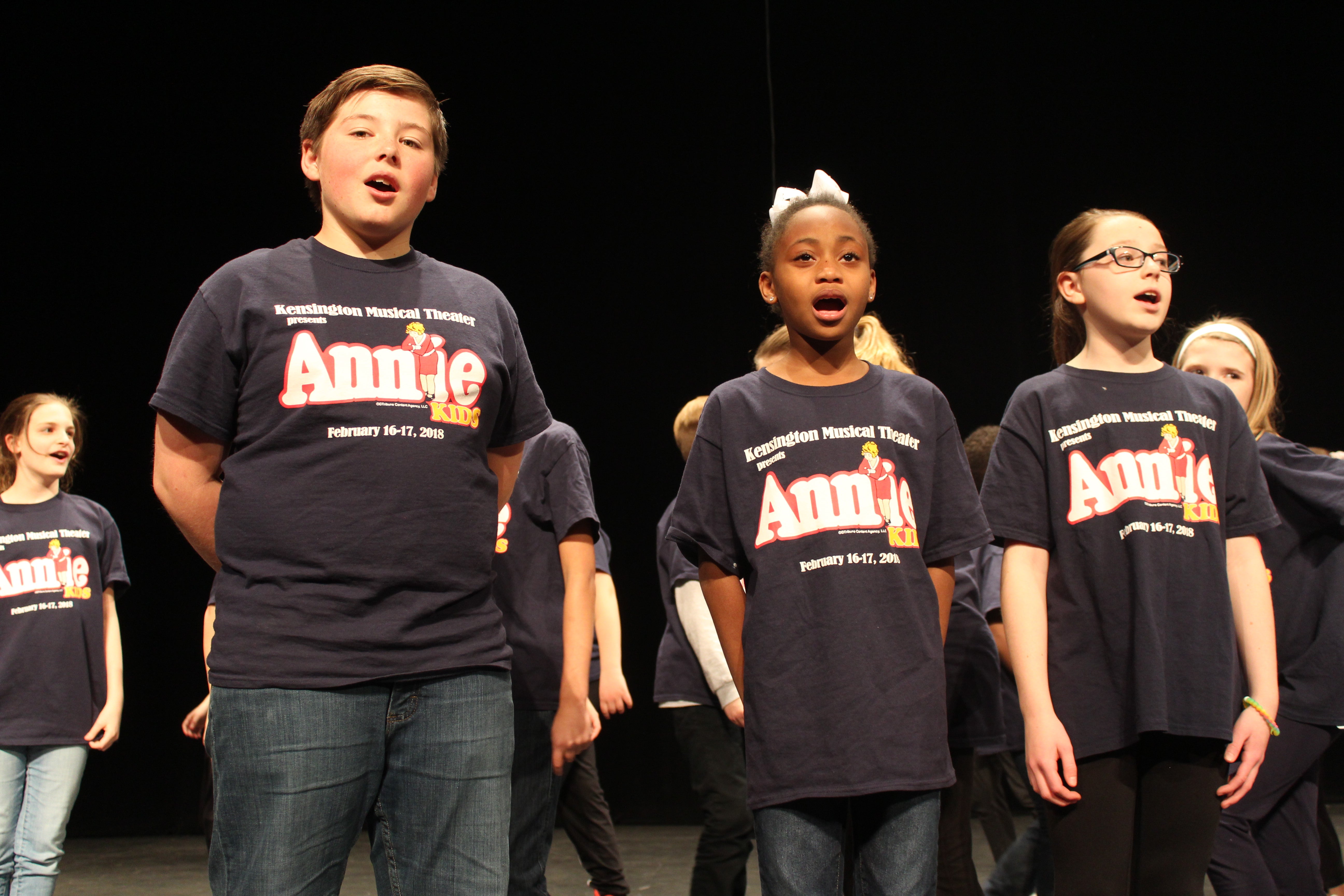 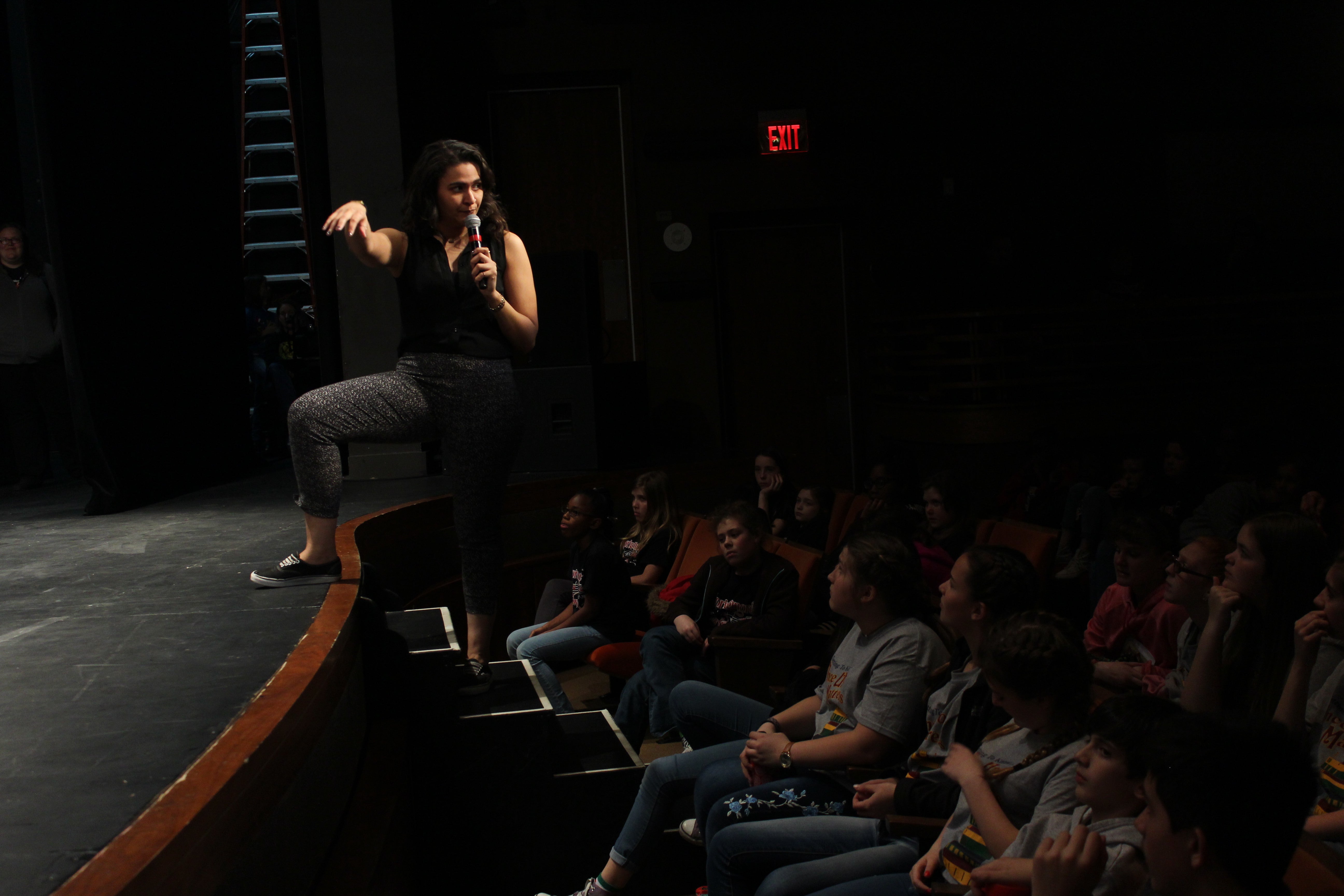