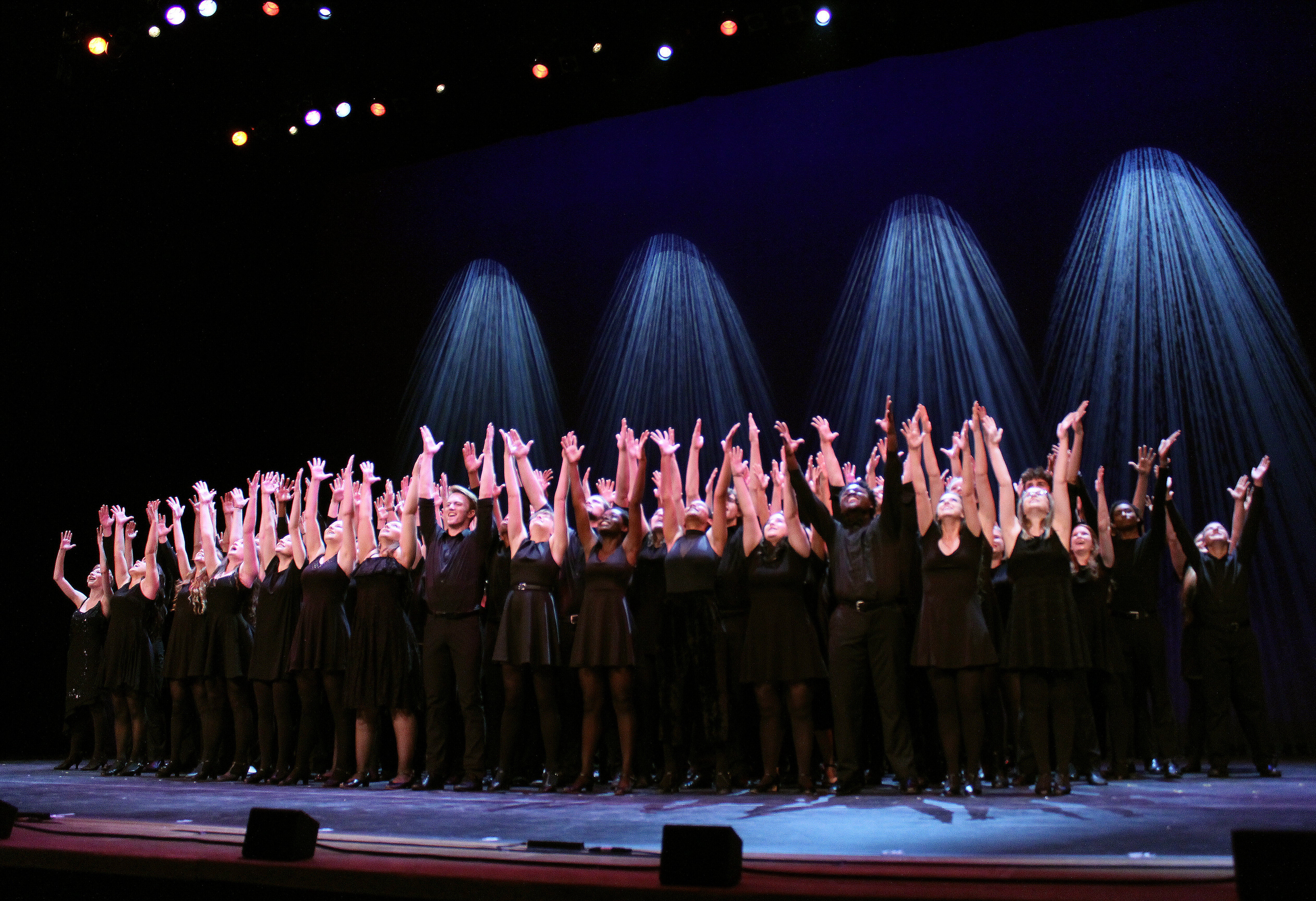 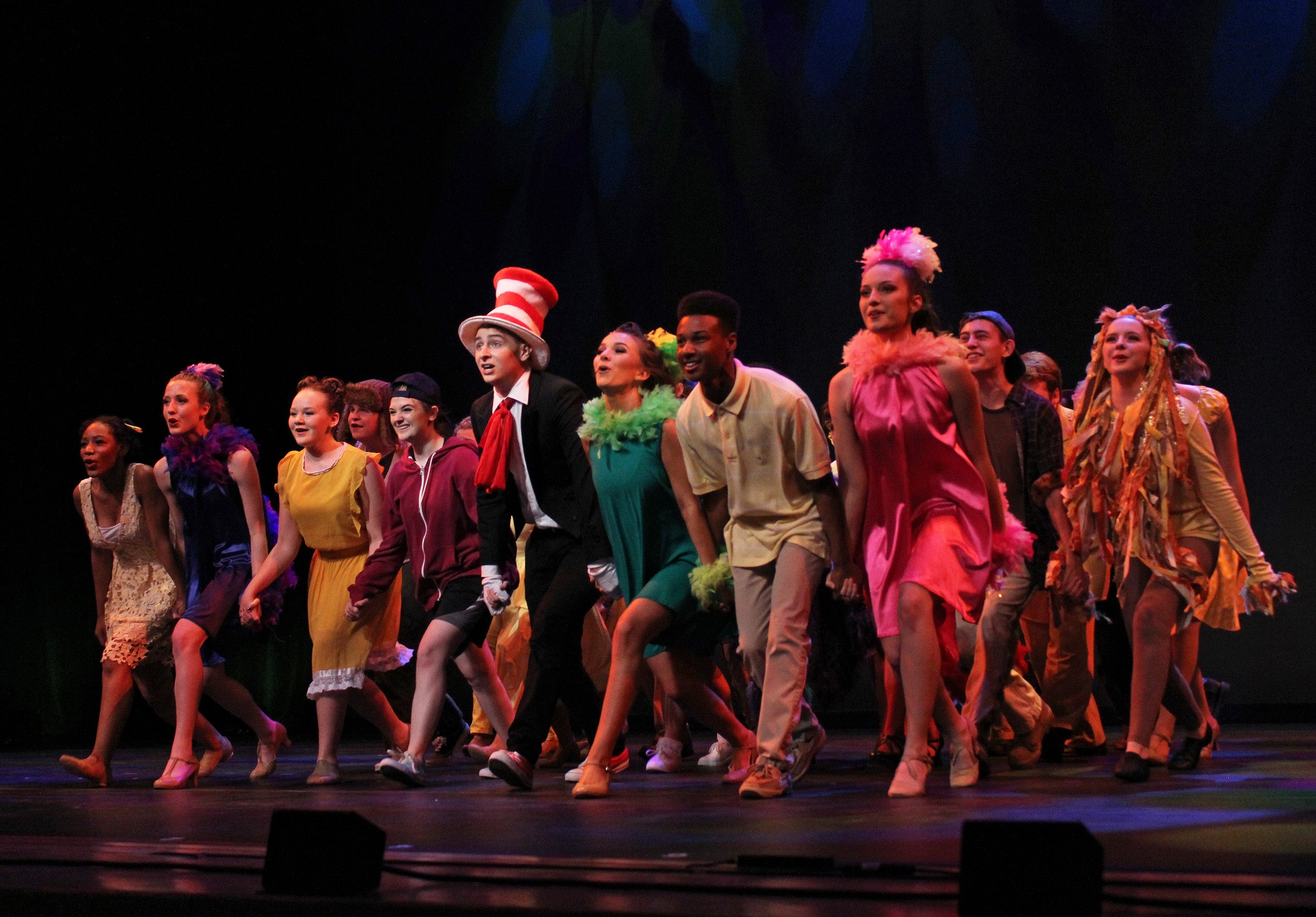 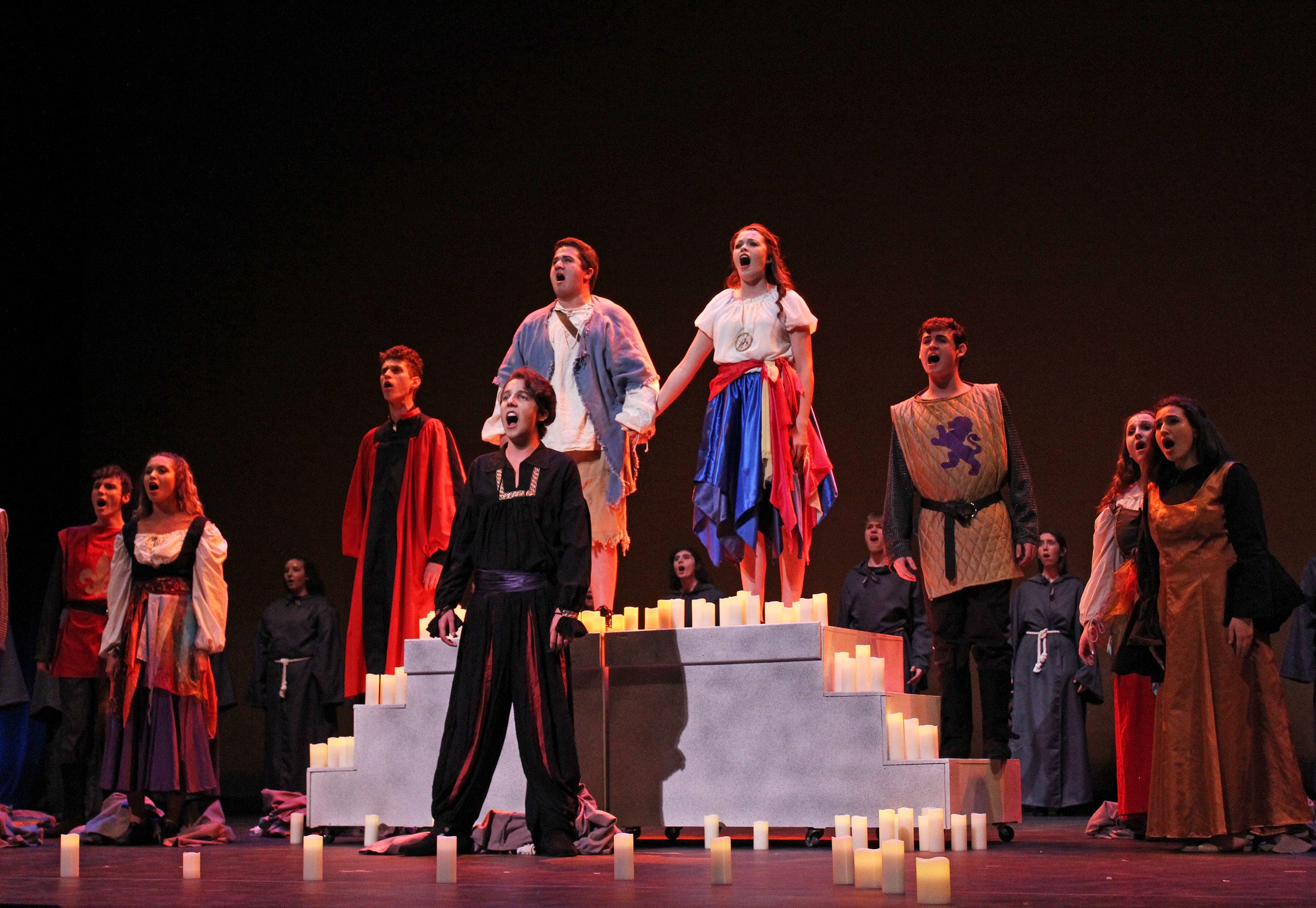 Reneé Rapp and Ethan Holtzman will receive an all-expenses-paid trip and weeklong stay in New York City where they will train and compete with other regional winners in the National High School Musical Theater Awards. The national show and ceremony, known as The Jimmy Awards (named after famed Broadway producer, James M. Nederlander), takes place in New York on June 25, 2018. 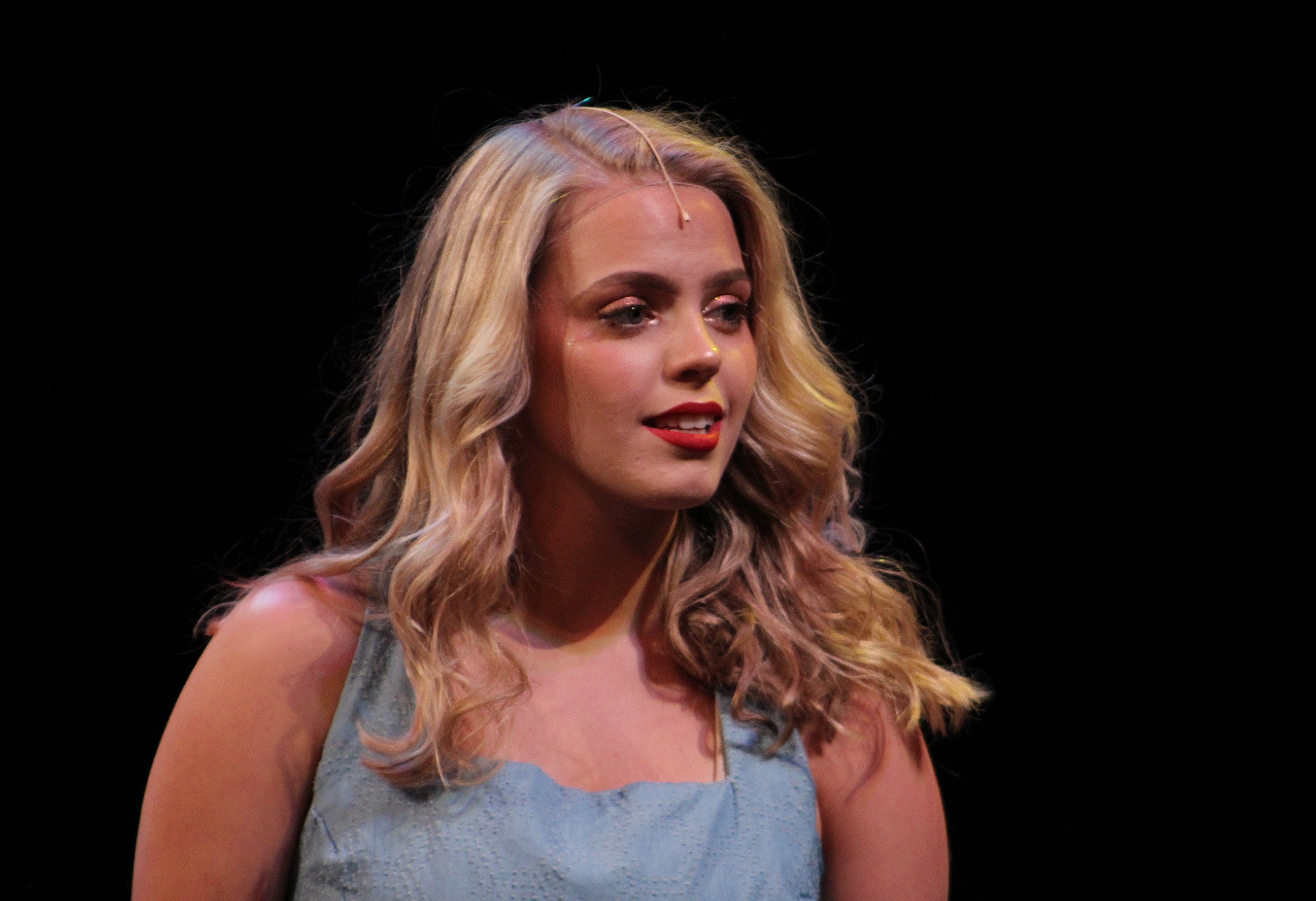 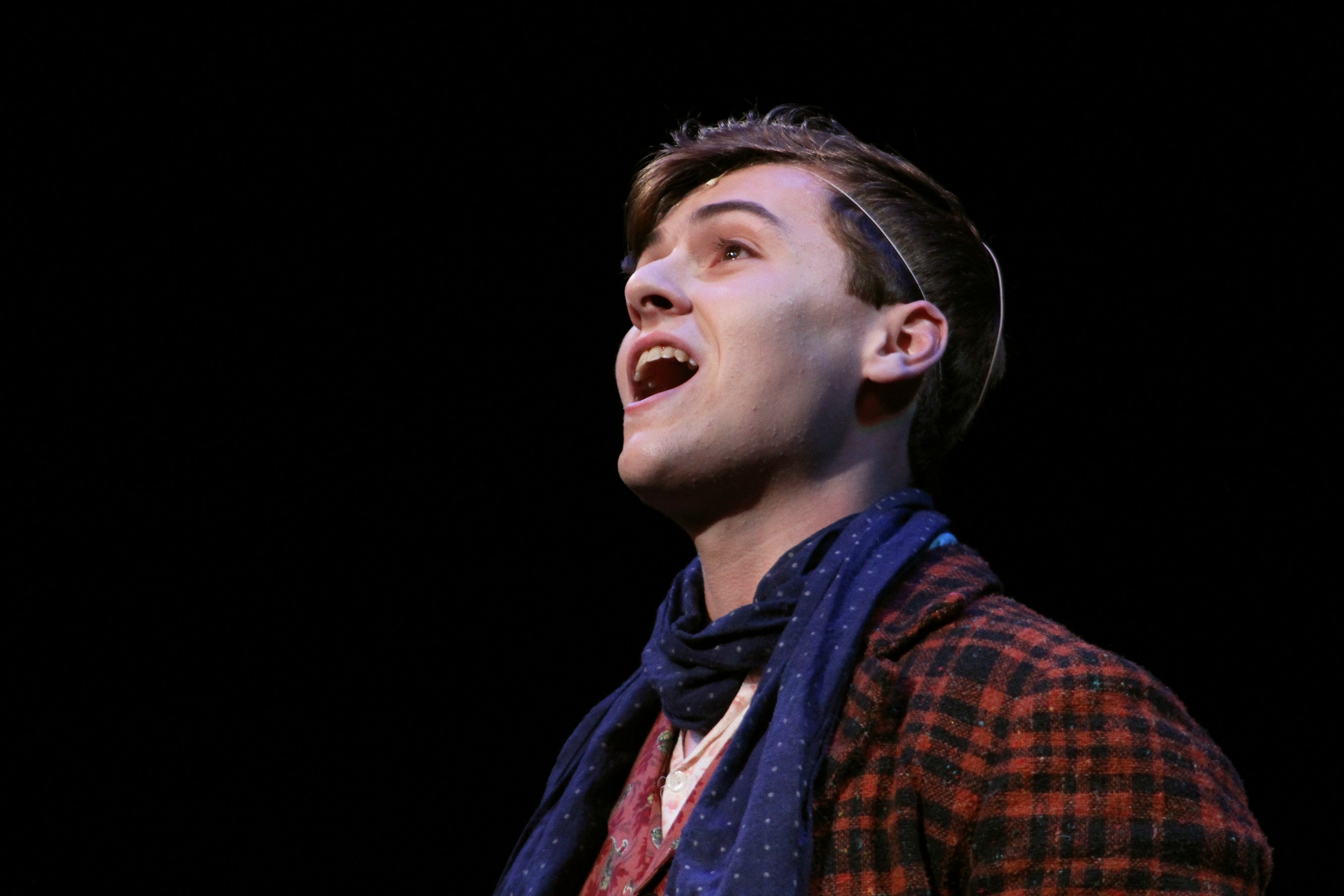 “We’re so proud of all the students, faculty and staff from the 46 schools who participated in the 2018 Blumey Awards.  Mounting a musical is one of the most collaborative activities imaginable combining the talents of performers, tech crews, marketers and others,” said Blumenthal President/CEO Tom Gabbard. “Every one of these schools has reason to celebrate their achievements, as well as the friendships made and the personal growth that each student has experienced.”

Maureen O’Boyle, anchor for WBTV, and Amy Burkett of WTVI co-emceed the black-tie event. This year, The Blumey Awards will also be broadcast on WTVI on May 29th at 8pm, May 31st at 9pm, June 26th at 9pm and June 29th at 9pm.

Ethan Holtzman, Charlotte Latin School, Into The Woods “The Baker”

“Wells Fargo has been the presenting sponsor of the Blumey Awards seven years in a row,” said Jay Everette, Community Affairs Manager for Wells Fargo. “We are always excited to see which outstanding young adults are selected to move on to the Jimmy Awards experience in New York City and we are particularly proud of this year’s deserving winners.”

Like the Tony Awards®, The Blumey Awards Ceremony featured a performance by each of the six nominated schools in the best musical category, a medley of performances by the six finalists for Best Actor and for Best Actress, and an opening and closing number that featured two students from each of the forty-six participating schools.

(For the first time in Blumey Awards history, the Opening and Closing numbers were streamed LIVE to Facebook)

Linda Booth, a Charlottean, choreographed the opening and closing numbers as well as the medleys. She was honored to help BPA celebrate its 25th season, staging the gala featuring Leslie Odom, Jr. and to choreograph the tribute to William Ivey Long, featuring Laura Osnes, Andy Karl, Christine Ebersole, and Bebe Winans.  As a teaching artist, Linda has worked with over 20,000 youth, and she has choreographed over 200 productions, in regional, educational, and professional theatre.