Based on Tim Burton’s dearly beloved film, this hilarious musical tells the story of Lydia Deetz, a strange and unusual teenager whose whole life changes when she meets a recently deceased couple and a demon with a thing for stripes.

This boisterous musical closed earlier than planned, right as the pandemic hit. Due to popular demand, however, it reopened on Broadway last week and is kicking off its North American Tour in late January!

Check out this fun video from their ‘resurrection” on Broadway!

For more behind-the-scenes fun, here’s a peek of the cast, crew and creative team at rehearsals in the weeks leading up!

There’s a fun local connection to the show too: David Dabbon who Music Directs Blumenthal’s High School Musical Theater Awards, the Blumeys, is part of the creative team! Dabbon is the production’s Dance Arranger!

Tickets for the Charlotte debut of Beetlejuice are ON SALE NOW with the purchase of a season subscription! Buy or renew before May 5th and you’ll be entered to win the Blumenthal VIP Experience that includes car service to and from each show and pre-show dinners Uptown! Visit: BlumenthalArts.org/Broadway 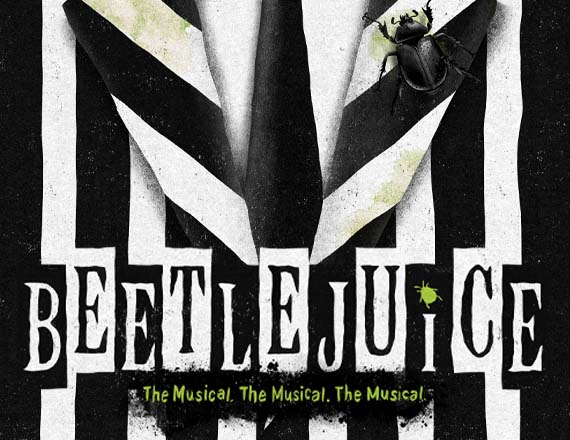