From Tudor Queens to Pop Princesses, the SIX  wives of Henry VIII take the mic to remix five hundred years of historical heartbreak into an exuberant celebration of 21st century girl power! This new original musical is the global sensation that everyone is losing their head over.

This show got its start at the Edinburgh Festival Fringe in 2017, playing under a big purple tent. Blumenthal’s team that regularly attends the festival caught it then and Gabbard says even in that informal setting, it was evident this show was destined for greatness.

A fun and sassy show with stick-in-your-head songs, SIX continued to London where it became a massive hit. It was slated to open on Broadway the very day the pandemic shuttered theaters. In Fall 2021, it was one of the first Broadway shows to reopen. The show also just recently kicked of a massive North American Tour with the #AragonTour company.

Tickets for SIX are ON SALE NOW with the purchase of a season subscription! Buy or renew before May 5th and you’ll be entered to win the Blumenthal VIP Experience that includes car service to and from each show and pre-show dinners Uptown! Visit: BlumenthalArts.org/Broadway 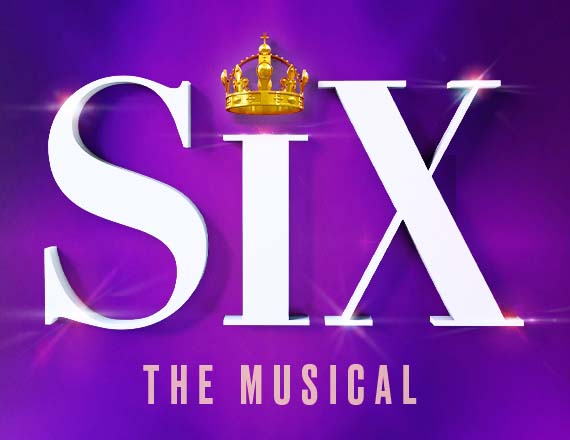 SIX
THE MUSICAL
Get Tickets