Behind-the-scenes at CIAF: “Color Play” Uses Dancer, Squeegee and more to Paint Giant Canvas in Front of a Live Audience

In “Color Play,” taking place Friday, September 23 and Saturday, September 24 at the Charlotte International Arts Festival, art becomes a full body sport. A huge canvas will fill the stage of Booth Playhouse and the audience can watch (and even participate) as it blooms into a painting right in front of their eyes.

“Because we have a larger-than-life canvas, a small paint brush is not going to work,” says internationally acclaimed visual artist MyLoan Dinh.

Instead, her primary art tool will be dancer Alyce Cristina Vallejo, who serves as a sort of living paintbrush. Through a shared vocabulary they developed together, Dinh will direct Vallejo’s movements as she spins, steps and slides across the canvas.

Dinh, who is a founder, along with her husband Till Schmidt-Rimpler, of the non-profit arts collaborative Moving Poets, will also use other non-traditional ways to move paint around in this abstract work. These include a mop, a broom, a squeegee, and a leaf blower.

“It’s about discovery and it’s playful,” Dinh says. “...the audience gets to see it develop right in front of their eyes.”

Members of the audience can also participate, sometimes directing the dancer’s movements or helping create the soundscape that accompanies the show.

Moving Poets, which is based both in Charlotte and Berlin, received funding for the project through the BPA Fellows program. That initiative has helped bring to life fourteen of the works being featured at CIAF.

This project has a distinctly lighter mission. 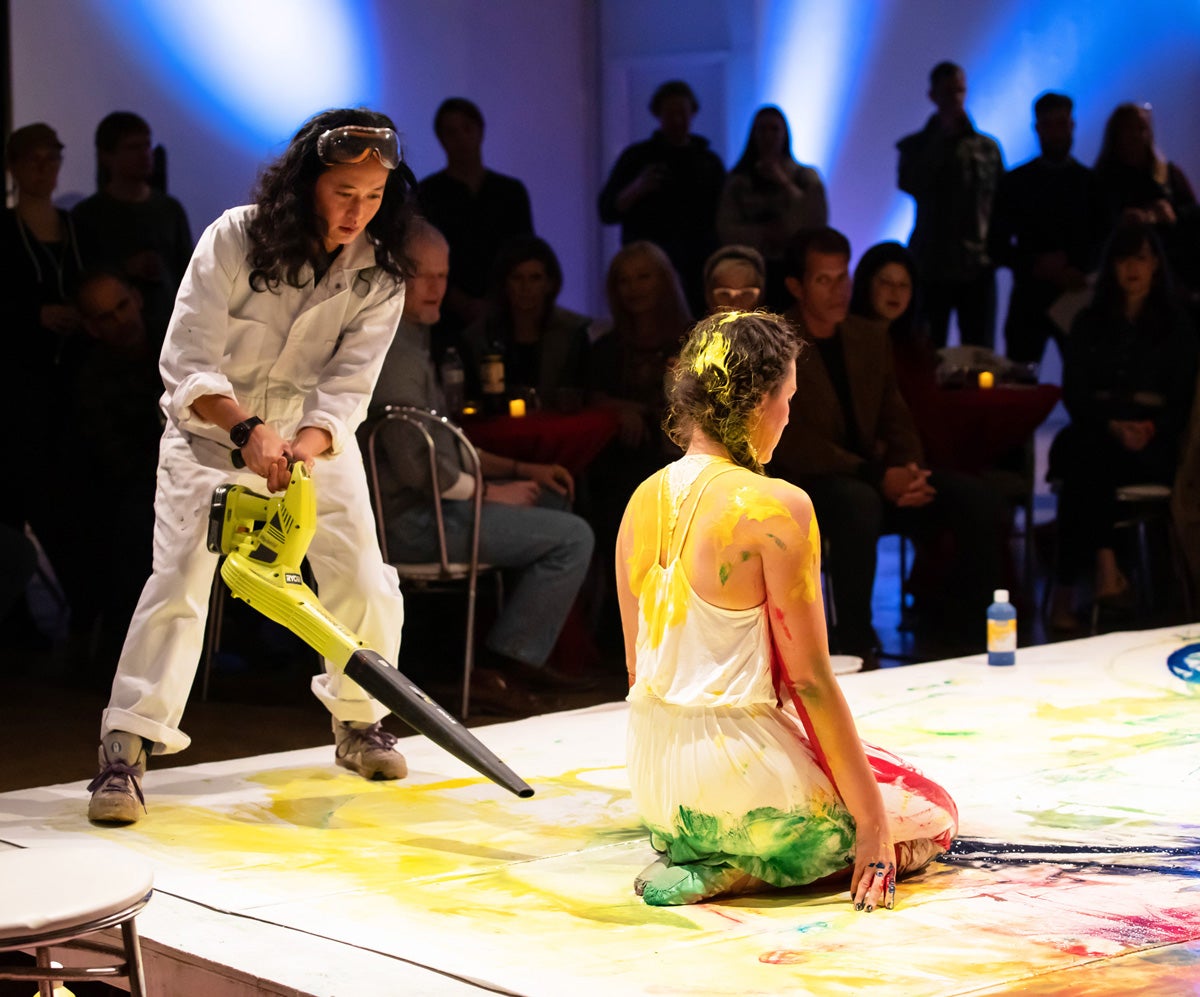 Dinh and Schmidt-Rimpler are the primary collaborators behind conceptualizing “Color Works.” The piece has been performed once before in Charlotte but this time there’s a brand new component: a projection screen featuring video will be incorporated to give audience members a variety of visual perspectives, including a bird’s-eye view of the stage, so they can see the work coming together.

Dinh says with all the bits and pieces involved in Moving Poets’ creations, it takes the eye of Artistic Director Schmidt-Rimpler to make sure it becomes a cohesive production.

“Till is the guy who makes sure that all these bits are woven together in [an] almost seamless manner,” she says.

Dinh, too, has her own unique challenges with this piece. It takes the visual artist out of her comfort zone.

Rather than taking her time to work and rework in the quiet of her own studio, she has to paint a finished piece of art in about 40 minutes, in front of a live audience. And of course there’s the dancer too, whose movements will vary too, partly in response to the audience’s mood and energy.

“In this there are all kinds of unknowns,” she says.

But that’s part of the fun, too. It’s a new piece every time, and Dinh says that’s the beauty of live performance: it can never be exactly replicated. 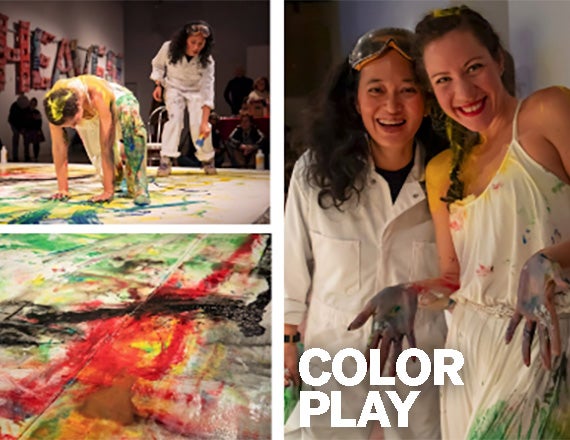