“Blumenthal Performing Arts throughout its history has been fortunate to attract talented, committed individuals who generously devote themselves to service,” said Tom Gabbard, President and CEO of Blumenthal Performing Arts. “This new class of Trustees continues that great tradition.  We rely on their expertise and insight to help us know how best to use our programs to strengthen our community.” 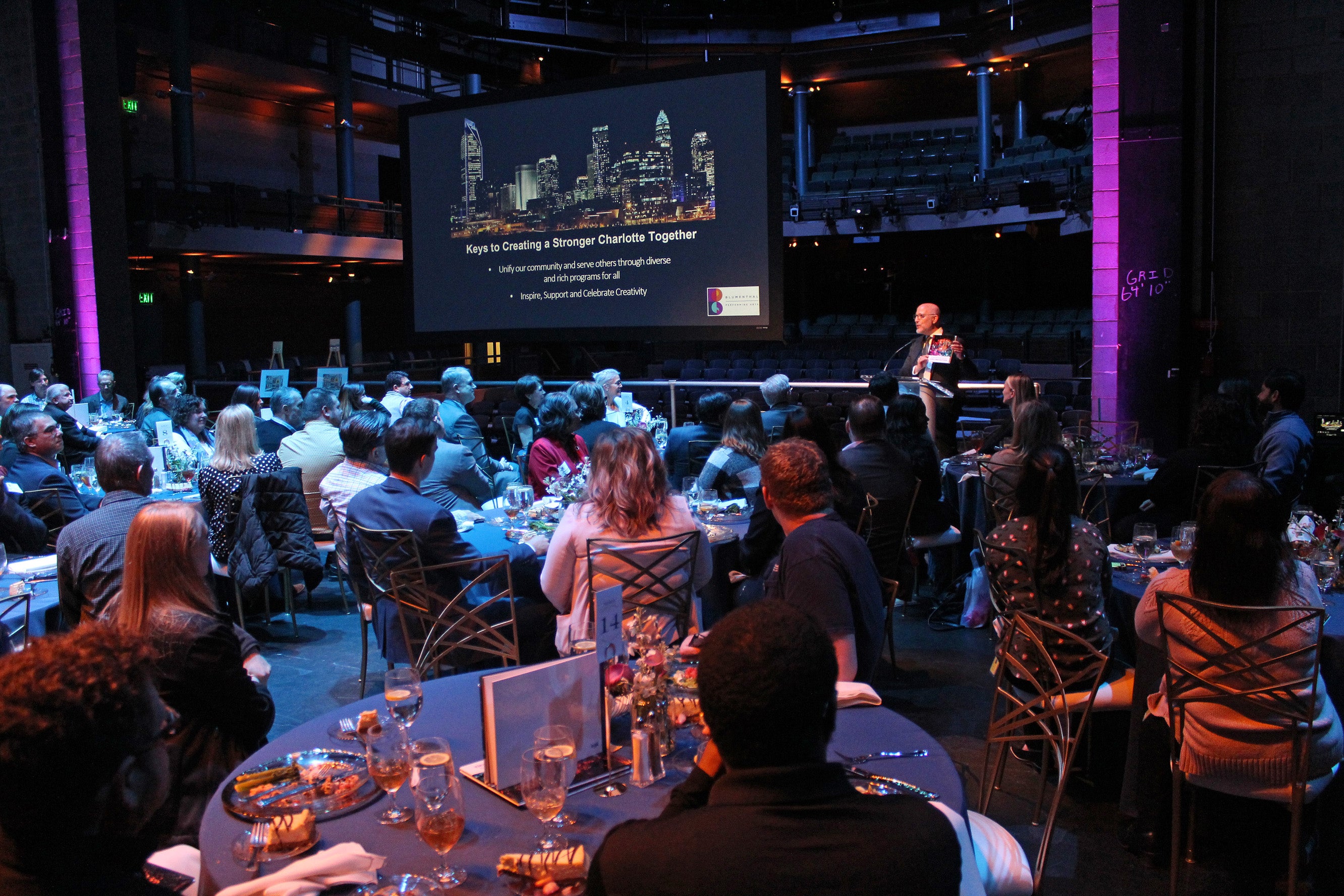 Tom is a partner and CPA with Ernst & Young (EY) and has over 30 years of experience providing management consulting services to global organizations in a variety of industries. His work with clients has focused on leading large-scale change initiatives encompassing program management, functional strategy formulation, process transformation and technology integration. He has managed several of his firms’ Fortune 100 global client relationships as well as numerous functional and geographic practices across multiple global locations.

Jen is a Partner with McKinsey & Company, where she advises and serves clients in the consumer and retail sector in the United States and internationally.  She is a member of the Marketing & Sales Practice, serving clients on commercial (marketing and sales) and strategy topics covering revenue-growth management, corporate and portfolio strategy, go-to-market strategy, and channel strategy. Her work includes an emphasis on at-scale capability building and organization transformation for sustained impact.

Jen started her career at Wachovia in Charlotte, working as an analyst in Leveraged Finance (Wachovia Securities) and associate at Wachovia Capital Partners (Pamlico Capital). Jen holds an MBA from The Wharton School of the University of Pennsylvania and a BS in Finance and Strategy from the University of Virginia (McIntire School of Commerce).  She lives in the Historic Fourth Ward neighborhood of Charlotte with her husband Stephen.  They enjoy spending weekend evenings attending Blumenthal performances.

Jaime is a Senior Vice President within Wells Fargo’s Risk and Control organization.  She earned her bachelor’s degree from Xavier University and is a veteran of the United States Air Force. As a child, Jaime lived in southern Italy for nine years, which helped shape her appreciation for the arts. She currently serves on the Finance and Audit Committee for Blumenthal Performing Arts.

Jaime has over 20 years of experience in risk management and data analytics with insurance and financial institutions.  She has proven success in building partnerships, collaborating and influencing teams across organizations.

She is married to her husband Michael and has one daughter and one granddaughter.  In her free time, she enjoys traveling, playing piano, and attending the theatre.

Richard Nichols is a 25-year veteran of the financial services industry. Richard currently serves as the South Atlantic Division Executive for Bank of America Private Bank. Richard leads the overall effort to serve the wealth management needs of high net worth individuals and families in the South Atlantic U.S. which includes District of Columbia, Maryland, North Carolina, South Carolina, Tennessee and Virginia.

Previously, Richard also held the position of Middle Market Banking Market Executive for the Carolinas and the Franchise Restaurant Group as well as senior roles in Corporate Treasury, Debt Products, and other various staff and client facing roles.

Richard is an Advisory Board member of Veteran’s Bridge Home (a group that successfully transitions veterans and their families to civilian life); former Chairman of the Board for MeckEd (an independent supporter of public education in Mecklenburg County); a current board member of Sharon Towers, a Continuing Care Retirement Community; and most recently, has been selected to join the Board of Trustees for the Blumenthal Performing Arts in Charlotte, NC.

In 2019, Richard was selected to become a member of the Executive Leadership Council, the leading organization supporting and preparing the next generation of black corporate leaders.

He is a graduate of Florida Agricultural & Mechanical University.

Most importantly, Richard is the proud husband of Sonja P. Nichols and father of three adult children (Richard III, James and Kayla).

Dr. Shrestha is executive vice president and chief strategy officer for Atrium Health, one of the most comprehensive and highly integrated not-for-profit healthcare systems in the nation.  As a member of the executive leadership team, Dr. Shrestha is responsible for Atrium Health’s enterprise strategy, including planning and tactical direction for the organizatio­­­­n’s current strategic roadmap and beyond. In addition, he spearheads a renewed focus on innovation, launching new healthcare inventions, discoveries and ideas to benefit our patients and the communities Atrium Health serves. He also provides executive leadership for corporate communications and marketing, as well as enterprise analytics, showcasing Atrium Health as a meaningful, national brand that leverages the power of data and insights.

With a wealth of experience and national expertise in healthcare innovation, analytics and patient-centered care design, Dr. Shrestha joined Atrium Health in February 2019. Previously, he served as Chief Innovation Officer for the University of Pittsburgh Medical Center (UPMC), where he was responsible for driving UPMC’s innovation strategy, serving as a catalyst in transforming the payer-provider organization into a more patient-focused and economically sustainable system. In addition to leading innovation at UPMC, Dr. Shrestha also served as Executive Vice President of UPMC Enterprises, pushing the needle in the pursuit of a unique blend of healthcare intelligence, technological expertise and entrepreneurial drive to develop inventive and commercially successful solutions to address complex healthcare challenges.

Dr. Shrestha is a respected thought leader and visionary in the field of healthcare information technology and was recently recognized as “Executive of the Year” by Healthcare Dive and was acknowledged as one of the “Top 20 Health IT Leaders Driving Change” and as a “Top Healthcare Innovator” by InformationWeek. In addition, he is on the Board of Directors of the Healthcare Information and Management Systems Society (HIMSS) and is the Chairman of the HIMSS Innovation Committee, and Co-chair of Health Datapalooza.

Dr. Shrestha was the youngest student in his college in Malaysia and received his medical degree from CCS University in India. He went on to complete his training in radiology and his fellowship in informatics at the University of London. He also earned an MBA at USC’s Marshall School of Business.

Evan is the sponsor of Ingersoll Rand’s VisAbility employee resource group, which fosters inclusion and career development for employees who have disabilities.

Prior to Ingersoll Rand, Evan worked in private legal practice, most recently with McCarter & English, LLP.

Evan holds a Juris Doctor from the Washington University School of Law in St. Louis, Missouri, a bachelor’s degree in political science from the University of Massachusetts at Amherst, and a government certificate from the London School of Economics and Political Science.

​Tariq Bokhari, a republican, was elected in 2017 as the district 6 representative and is serving his second term on council.

Bokhari is an influential leader in the financial technology (fintech) industry and serves as the Executive Director of the Carolina Fintech Hub (CFH). Prior to his work with CFH and launching his own startup company, Aggressant, Tariq served as the head of innovation and investment for FIS Global, the world's largest fintech company.

Prior to that, Tariq served in a variety of executive roles at GE Capital, Wells Fargo and Wachovia. He also served as treasurer of the North Carolina Heroes Fund and board member of the Greater Enrichment Program.

Bokhari was inducted into the 2010 Charlotte Business Journal class of 40 under 40 and was named as the 2016 Next Money Risk Taker of the Year.

Reneé Johnson represents District 4 on the Charlotte City Council. She is the founder and Executive Director of Triumph Services. The organization is designed to provide services for survivors of trauma, including but not limited to acquired brain injury.

Renee’s background includes serving the community, with over 30 years of public service, including Affordable and Re-entry housing and Medicaid Administration. For the past 16 years, Council Member Johnson has been providing affordable housing solutions for homeless women and families seeking low-income and transitional housing.

She is the former Board Chair of Montessori Renaissance Community School; former Board member of Rahab’s Hideaway (an organization designed to assist victims of Human Trafficking), United Faith of America and Make It Happen Foundations. She has also participated on the Charlotte Continuum of Care, Mecklenburg County Re-entry Partners and the Re-entry Housing Alliance.

Ranked by FORTUNE Magazine as the Next-Gen Female Entrepreneur and recipient of Merrill Lynch’s Young Entrepreneur of the Year Award, Krystal Harrell is the youngest to ever hold a seat on Blumenthal’s Board as a Trustee apprentice. She is the Founder, Chairman and CEO of Miss Business Ventures, a newly established conglomerate with a projected 2020 net worth of $1.2 million. Its subsidiaries include a socially conscious enterprise and network of independent business owners; an e-learning company; a feminine care and wellness brand, and an early-stage fund investing in female-led and minority-owned businesses.

Armed with more than 18 years of business experience in millennial marketing, non-profit consulting and social media training, Krystal is the Managing Partner at Social Media CLT, a social media strategy, content creation and digital marketing agency servicing the private and non-profit sector. Before leaving college 11 years ago to pursue business, Krystal served as an American soldier in the U.S. Army, working in the Public Affairs division. She currently resides in Charlotte, NC.

The slate of board members for 2020 is listed below: 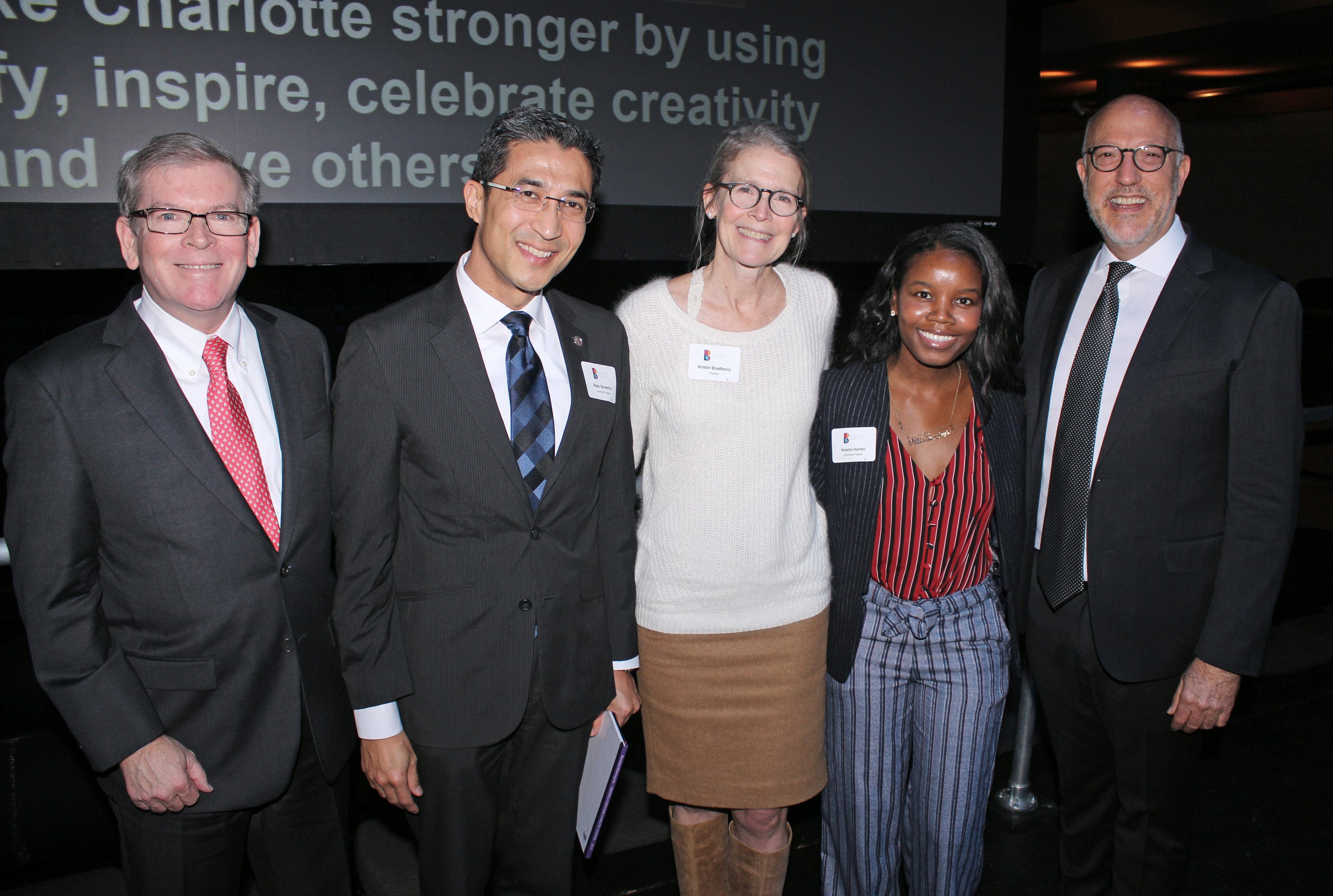