November 15, 2022 (Charlotte, NC) – The Independent Presenters Network (IPN) resumed its biennial meeting in London last month. The meeting, which is usually held every two years, was on hold for three years due to the COVID-19 pandemic.

IPN is a consortium of 40 preeminent Broadway presenters, theaters, and performing arts centers. A leader in the industry, IPN is monumental in influencing the shows that make it to Broadway and national tour. Its members bring Broadway productions to more than 110 cities in North America, the United Kingdom, Japan, and China.

IPN is a powerhouse in the industry, shaping the landscape of Broadway and touring markets on the road. As a collective, the group has produced Broadway shows including recent productions such as the 2022 Tony Award–winning best musical revival Company and Best Play, The Lehman Trilogy. Other recent productions include Mrs. Doubtfire, Jagged Little Pill, TINA, Hadestown, Waitress, and many others. IPN has received 27 Tony Award nominations and 13 Tony Awards.

Upcoming, IPN is proud to be a co-producer of +Juliet, The Life of Pi, The Notebook, The Devil Wears Prada, and the UK tour of Mrs. Doubtfire.

IPN’s Investment Committee Chair Al Nocciolino (NAC Entertainment) said, “IPN members are committed to bringing the best of Broadway to the communities they serve. These shows are an anchor to many downtowns who rely on them to fill restaurants, hotels and stimulate their local economies. Working together, IPN members are helping to make Broadway shows available to fans close to their home.”

“As many shows from the West End enjoy national tours in the US, our members find great value in meeting in London. And we are all very grateful to all the producers and theater owners who are so very kind to us and make us feel most welcome,” said Jeff Chelesvig, IPN’s Immediate Past President and President and CEO of Des Moines Performing Arts.

As part of the week of meetings in London, IPN members networked with industry leaders in the UK. The group learns from its UK peers as well as shares with them best practices, new ideas, and strategies in presenting, producing, and venue management.

“We’ve come a long way since starting these London meetings nearly 11 years ago. While a few members back then worked on individual projects, we set out to intentionally cultivate dialogue to encourage joint ventures and shows that go both directions across the Atlantic,” said Blumenthal Performing Arts President and CEO Tom Gabbard. “The results of this networking have been remarkable.”

At the 2022 meeting, a new executive committee, approved by the full membership, was selected. The committee will serve for 3 years.

Denver Center for the Performing Arts

Ordway Center for the Performing Arts

The Smith Center for the Performing Arts

David A. Straz, Jr. Center for the Performing Arts 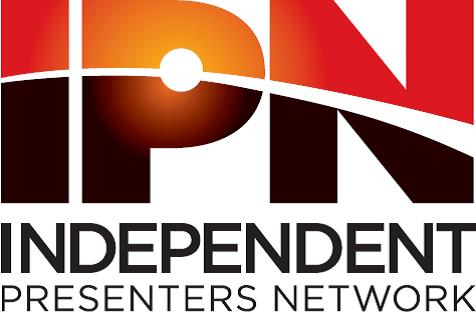