Home/News/Blog/Meet Abi Senthil, Recipient of our 2020…

Abirami (Abi) Senthil is the winner of the 2020 Gordon Hay Scholarship, a $5,000 merit-based award administered by Blumenthal Performing Arts’ Education Department. Senthil, a recent graduate of Ardrey Kell High School, is now studying Sound Design at the University of North Carolina School of the Arts and hopes to pursue a career mixing sound on Broadway.

This award is unique in several ways. It goes to a student who is pursuing a non-performance related career in the performing arts, and the funds are not to be used for tuition but for expenses such as equipment or special learning opportunities like conferences or unpaid internships.

Some Background on the Award

The scholarship is named for Gordon Hay, an organizational development professional who died unexpectedly in 2013. In his business, Hay loved to find talented employees in his organization and help them achieve their growth and advancement goals. He also loved music and the performing arts. 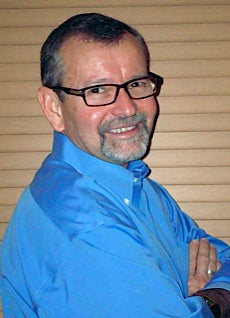 “After his death, we decided that we wanted to find a way to honor his memory and make a difference in the community,” says his brother Jeff Hay, via an email interview. “I joined the Blumenthal board later in 2013 and loved the scholarship opportunities that the Blumenthal made available to young people in our community that were active in the performing arts. We decided as a family that creating a scholarship through the Blumenthal in Gordon’s memory that helped talented young people achieve their dreams was a perfect way to honor him.”

Focusing the scholarship on people who worked behind-the-scenes resonated with the type of person Gordon Hay most liked to celebrate—talented individuals who often don’t get the same recognition that “star” performers may receive.

“In the early years, we had difficulty getting a sufficient number of applicants,” says Jeff Hay. “As the existence of the scholarship has become better known, the pool of candidates and the number of participating schools has expanded and over the last couple of years, we have had an abundance of really terrific candidates from a variety of high schools across the region … Abi’s scholarship application was really strong and she had one of the best recommendation letters from her faculty advisor that we have seen.”

Senthil found her entrée into the arts through music. Growing up she loved to sing, play instruments and tinker with tech equipment. Originally from Boston, Senthil is the daughter of Indian immigrants. In second grade, her family moved to Tamil Nadu, a state in Southern India, for five years during which she got to know her extended family and discovered a passion for traditional Tamil music. When she moved back to the U.S. at the end of middle school, Senthil realized she wanted to do something with this love for music and sound and decided to get involved in the technical side of the performing arts. Her freshman year she finally had the opportunity by joining the stage crew of her school’s theater department. Before long, she was mixing sound for the annual musical. 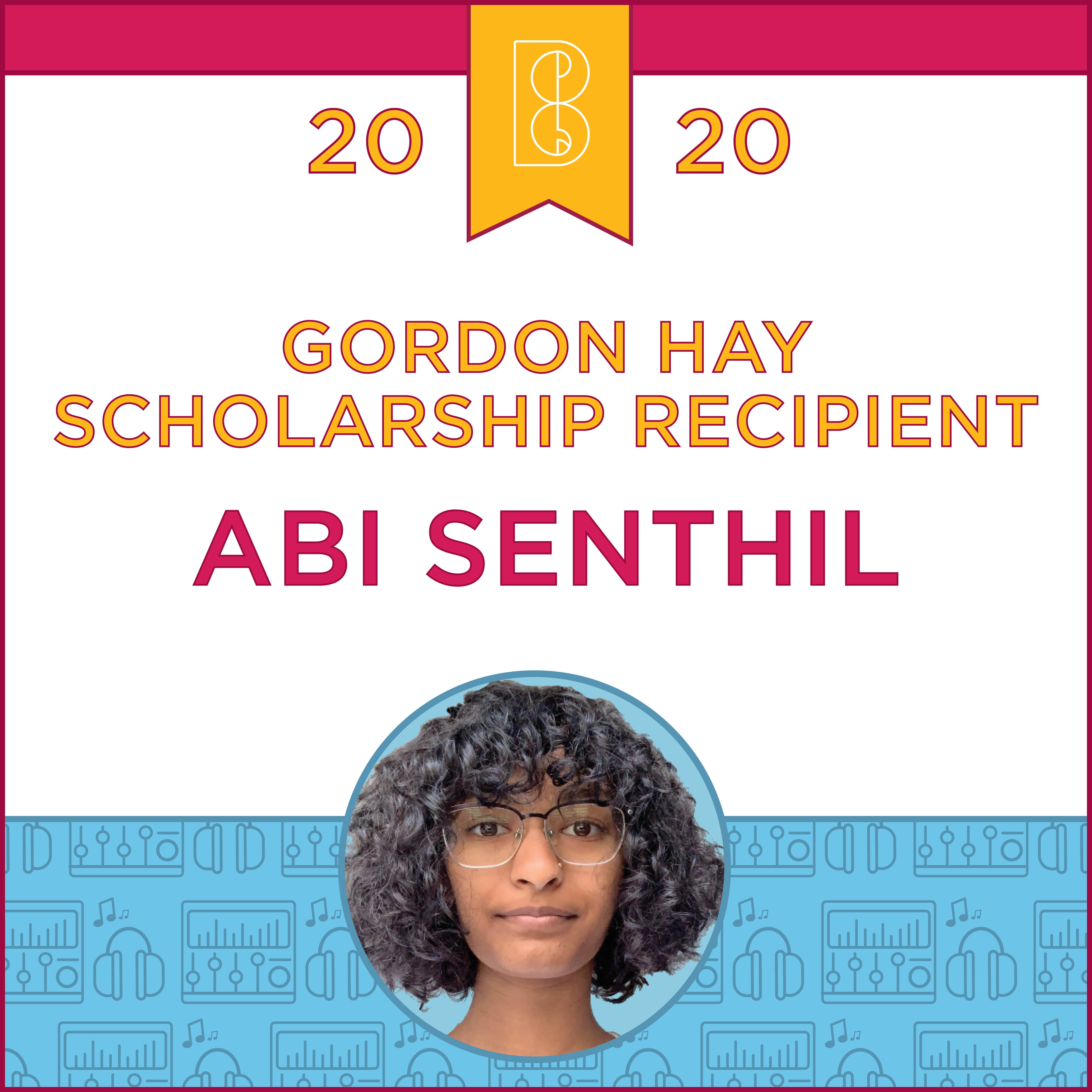 “My first year I was literally only focused on pushing the buttons at the right time because that’s all I knew how to do. And then once I got to sophomore, junior year, I was like OK, it’s not just about pushing buttons, it’s about creating a balance in sound, it’s about making sure that people are heard the right way.”

By her sophomore year, Senthil knew this was what she wanted to do. That spring, for Ardrey Kell’s production of “The Hunchback of Notre Dame,” she recalls sitting in class with a script trying to memorize her cues. The show was demanding with quick dialogue and a huge, active ensemble—at times she would have to mix as many as 25 mics on stage—but she loved what she was doing. (That production, as well as the school’s musical the following year, also mixed by Senthil, went on to win back-to-back Best Musical Blumey Awards.)

She didn’t grow up going to see Broadway shows. “We’ve never been a theater family,” says Senthil. “I’m the first person to dip my toes into the theater world.” Alongside a rigorous academic schedule her senior year, Senthil stage managed and handled sound for various school shows. She also served as a Blumenthal Junior Ambassador and enjoyed having the opportunity to see professional productions while ushering.

She plans to use her scholarship to purchase essential equipment for her program, including a new computer and high quality headphones for mixing. The money is wonderful, she says, but being recognized for achievement in a field that people typically don’t notice—except when something goes wrong—is very special.

Senthil is passionate about what she does and finds purpose in helping the audience immerse themselves in another world, where they can let go of other worries and just enjoy themselves, during a show. “Being able to be a part of giving someone that experience is what I love about the arts,” she says.

Wondering what past Gordon Hay Scholarship winners are up to now?

Dequarius Jackson (Hopewell High School ‘17) is a senior at NC Central University and will fulfill his student teaching requirement next spring. After graduation, he plans to become a high school theater arts teacher. Deeply committed to providing opportunities and access for lower income students, Jackson wants to continue networking with other arts educators and attend conferences to help prepare him for a future as a teacher in the performing arts.

Bethany Houston (Nation Ford High School ‘19) is starting her second year at College of Charleston, majoring in Theatrical Design with a double concentration in Scenic/Lighting Design and costuming. Her goal is to become a props master in professional theater. She also hopes to pursue a one-month study abroad opportunity and would like to use some of her scholarship money toward that program.

Caitlyn Brown (Central Academy of Technology & Arts ‘19) is also in her second year at Western Carolina University, pursuing a BA in Stage and Screen. Her goal is to learn as much as she can about the technical side of both theater and film/TV. She recently started a resin business on Etsy and has been doing creative resin-based projects during quarantine.