BLACKSTAR SYMPHONY: The Music of David Bowie will tour the globe in 2023 and 2024. But first, the show will have its world premiere in Charlotte. The momentous happening, on Sept. 16 and 17, is part of the Charlotte International Arts Festival!

The concert is much more than a tribute to Bowie and his 26th and final album – although it certainly is that. The show’s artistic director and co-music director, Donny McCaslin, and his band collaborated with Bowie on BLACKSTAR, which was released on Jan. 8, 2016 – Bowie’s 69th birthday. That was just two days before the iconic artist’s death. 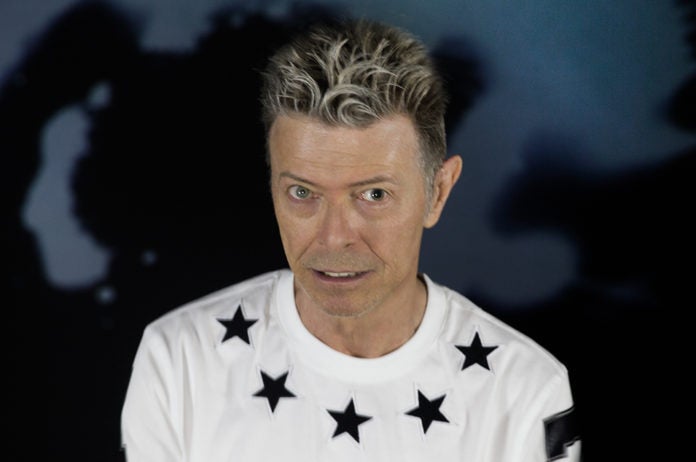 Led by Conductor Tim Davies, all 65 members of the Charlotte Symphony Orchestra will perform with saxophonist McCaslin and his band. Joining them on vocals is another icon – actor/playwright/screenwriter/director John Cameron Mitchell, best known for creating the cult-classic film and Tony Award-winning Broadway musical, Hedwig and the Angry Inch. 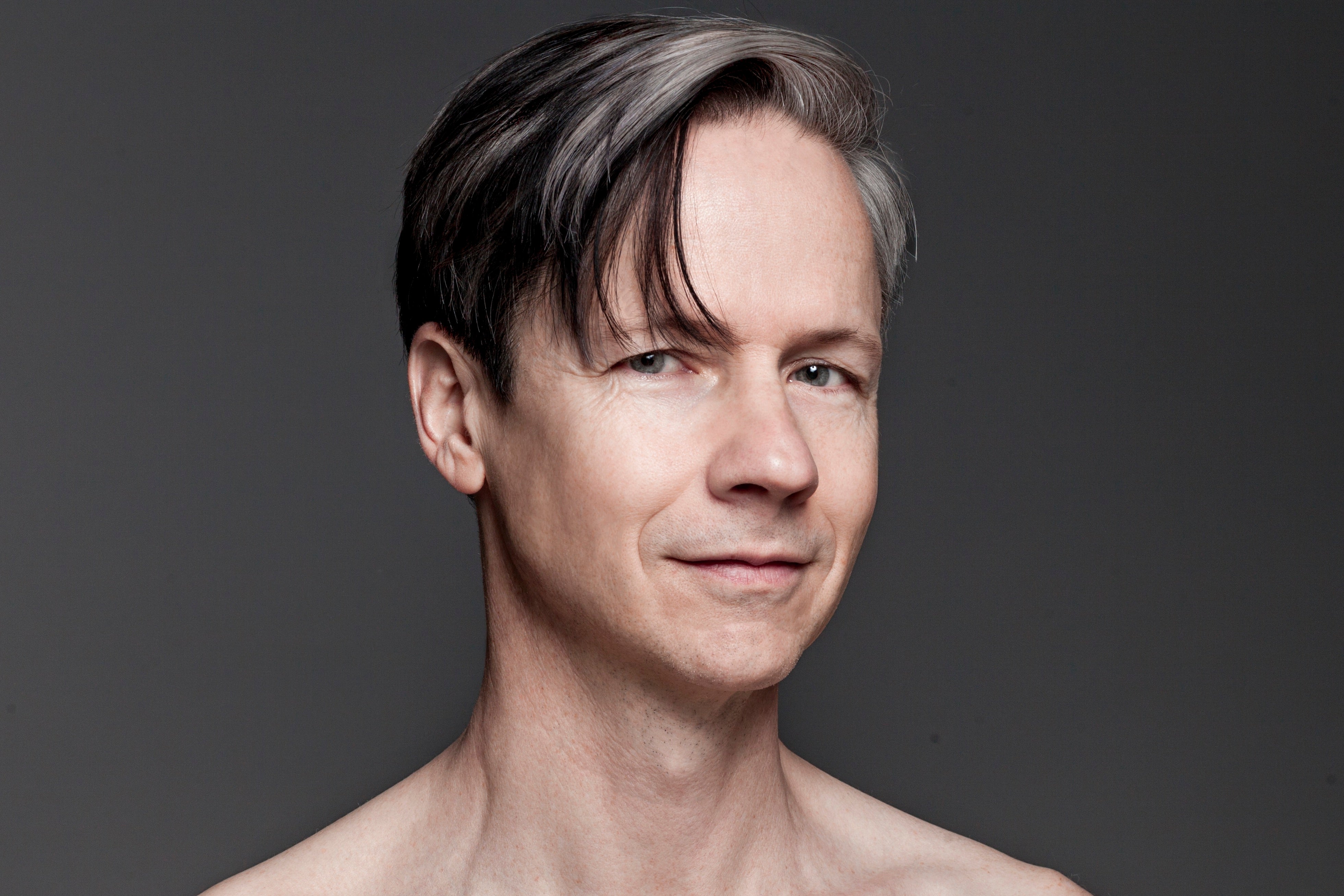 Hedwig is a glam rocker, and Bowie, of course, led the glam rock era of the early 1970s. “We both were inspired by cabaret,” Mitchell said. “Bowie was inspired by Judy Garland and Anthony Newley. I was inspired by Liza Minnelli and Bowie. It’s a straight line. I remember my first rehearsal for Hedwig songs. My bass player said, ‘Are you really going to sing with that vibrato?’ I said, ‘Yeah, since it’s good enough for Chrissie Hynde and David Bowie.’”

Among other songs, Mitchell will sing Where Are We Now?, which he calls “a gorgeously nostalgic, late-career classic,” as well as No Plan from Bowie’s stage piece, Lazarus. “All these later songs feel like the music he’d been meaning to make for so long, free from the pressure of the market,” Mitchell said. “[They’re] true unadulterated art songs.”

McCaslin said of Mitchell: “He’s a great fit because he really loves Bowie. Recently, for the [Hulu] series Shrill, he did Moonage Daydream from Ziggy. He fits right into the aesthetic.”

Mitchell wasn’t a Bowie fan from far away. He and Bowie knew each other. “When I met Bowie soon after he saw Hedwig, he told me ‘John, you got it right,’” Mitchell said. “That’s the only compliment I need in life.” 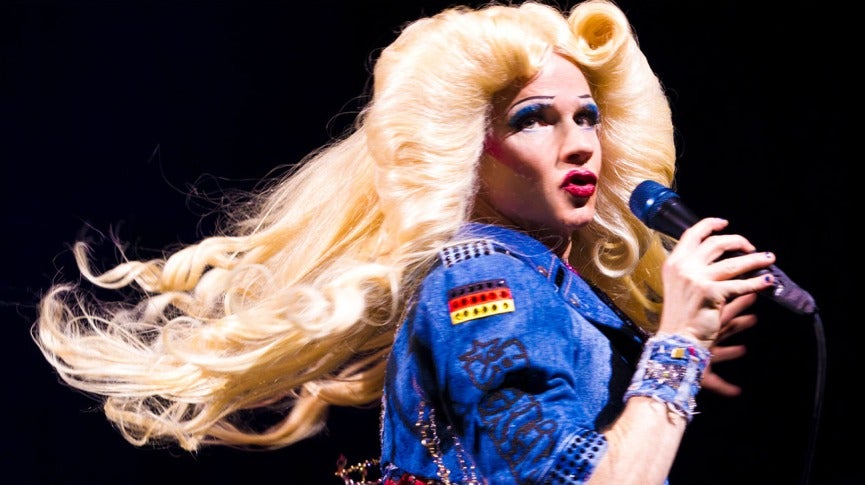 (John Cameron Mitchell as "Hedwig" in Hedwig and the Angry Inch. Photo:  BONEAU/BRYAN-BROWN)

McCaslin said BLACKSTAR features an “all-star cast of singers.” In addition to Mitchell, other vocalists are Bowie’s long-time bassist, back-up singer and friend – and a solo artist in her own right – Gail Ann Dorsey, and David Poe, whom McCaslin described as “a soulful, thoughtful singer/songwriter.” Mitchell said he’s in good company: “I’m so thrilled to be working with Donny and Gail Ann, who Bowie loved working with so much. Someday, I’d love to adapt Ziggy Stardust for stage. In fact, Bowie asked me to consider that, and I regret I said [that] I was deeply flattered but was too busy. Dumb, dumb John.”

During the first half of BLACKSTAR SYMPHONY, audiences will hear all seven songs from the record. The second half of the program includes other songs from the Bowie catalog. There’ll be major hits like Space Oddity, Heroes, Suffragette City – all reimagined for a new, expansive format.

The concert may be an emotional experience for bereft Bowie fans. It’s likely to be one for McCaslin, too. “Doing that record was transformative, both musically and personally,” he said. “Working with David was a very affirming experience. It was sacred and holds a special place in my heart.” 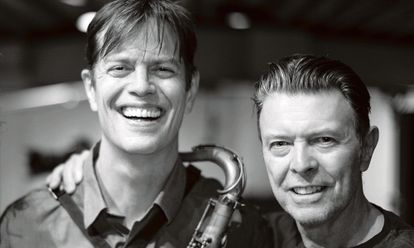 Bowie was in the late stages of liver cancer when he, McCaslin and team were making the multiple Grammy Award-winning BLACKSTAR. McCaslin didn’t want to talk about his illness out of respect for Bowie and his family. He did say: “David was utterly present when we worked together and completely engaged in the creative process. No matter what he was going through, he was still moving forward and very creative.”

Mitchell said, “I was shocked and awed by Bowie’s decision to make an album while he was dying. I thought: Of course. We’re talking about the greatest experimental pop star of all time. The album was foreboding at first, brilliant as you examine it. There is no genre. Bowie is his own genre.”

The music on BLACKSTAR incorporates such disparate elements as rock, experimental jazz, folk-pop and hip hop. Bowie, always reinventing himself, remained an innovator right up until the end.

Origins of a new work of art

While recording BLACKSTAR, McCaslin never imagined it might one day be played with a full orchestra. But once the idea came up, it made sense.

“Before COVID, I was doing a project with the Metropole Orchestra in Amsterdam,” McCaslin said. “The musical director there, Jules Buckley, did a bunch of my original music and some of Bowie’s songs. We were talking over dinner, and it came up: Wouldn’t it be interesting to do the BLACKSTAR material this way? That’s what got me really excited – not playing the record note for note, but reimagining it – taking the music and pushing it forward. So, we involved these amazing arrangers and orchestrators to make a new art statement.”

Buckley became McCaslin’s co-artistic director and one of the orchestrators. Maria Schneider, a multi-Grammy-Award-winning jazz composer is among the world-renowned orchestrators/arrangers involved. She had a role in BLACKSTAR before it was even recorded; she recommended McCaslin and his band to Bowie.

Tony Visconti, another orchestrator for the project, produced many of Bowie’s records and had a long, creative partnership with him. “I’m really proud that he’s part of this,” McCaslin said. Conductor Tim Davies also has an impressive resume; he’s served as lead orchestrator for movies such as Frozen, Frozen 2, Ant-Man and Thunder Force. 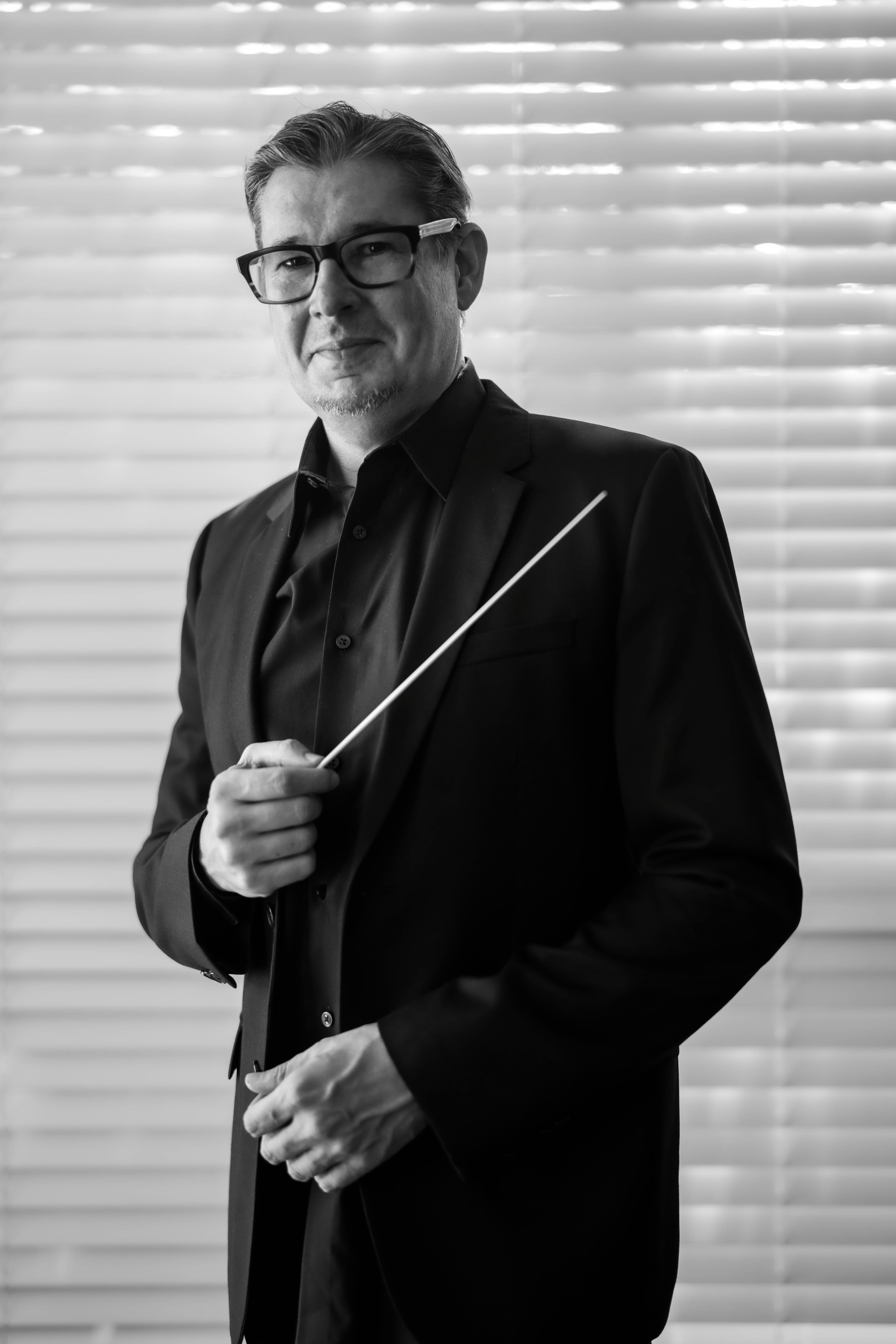 Jason Lindner on keyboard and Nate Wood on bass and drums – members of McCaslin’s band – round out the dream team.

McCaslin and his quartet are a jazz band, but much of their music can’t be so neatly categorized. “We’re not a traditional jazz band,” McCaslin said. “The record of ours that David had listened to [before we met] was Casting for Gravity, which includes electronica, improvisation and ambient music.” “We’d been developing a style of playing, a rhythmic language, that was coming from the drum and bass electronica genre,” he said. “We like to improvise as we move through the music. We can shift our direction on a dime; that’s our modus operandi. Being in the moment allows us to draw from a host of different musical languages.”

While McCaslin’s music crosses lots of genres, performing with an orchestra is something relatively new for him. “Being with Jules Buckley, my co-musical director, in Amsterdam was my first time playing with an orchestra since I was in high school,” he said. “It was really powerful. Talking about performing BLACKSTAR this way was exciting. I realized: This can be a real adventure. This can be new art.”

“I was insistent that we do it in a way that didn’t feel exploitive,” he concluded. “The original experience is so meaningful. We’ve been offered opportunities to play this music after David had passed, and we’ve always declined. It didn’t feel right. But this – a hybrid of orchestra, rock band, jazz group and these great singers – this feels right. Ultimately, I think David would be excited by it.”

Learn more about – and buy tickets for – BLACKSTAR: The Music of David Bowie at blumenthalarts.org. Ticket prices start at $39.50. Learn more about the Charlotte International Arts Festival, which takes place from Sept. 16 through Oct. 2, at charlotteartsfest.com. 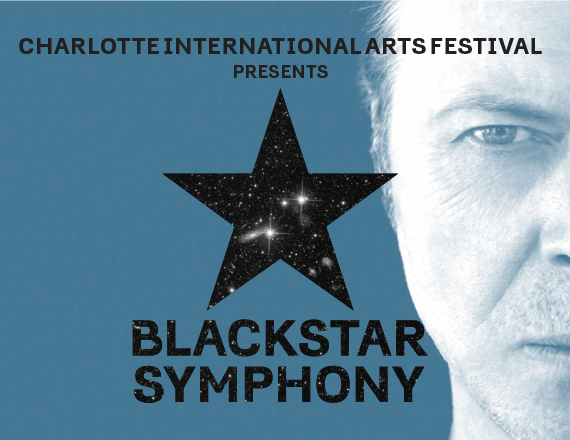 Blackstar Symphony: The Music of David Bowie
Get Tickets