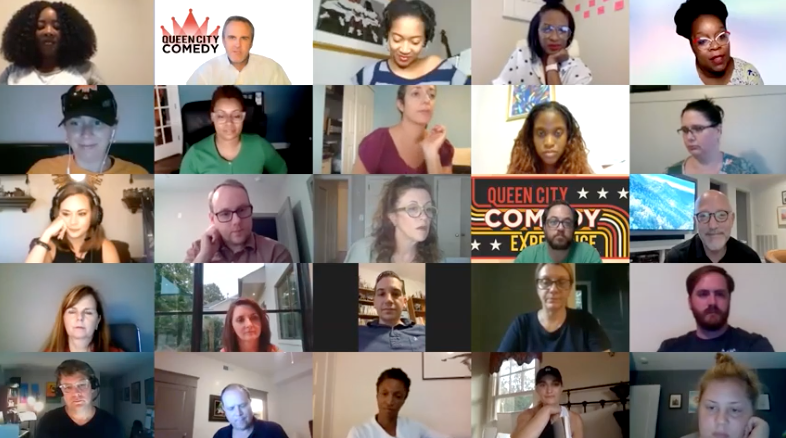 In recent months, as the pandemic has ravaged on and the Black Lives Matter protests have risen up across the country in response to a series of horrendous events, including the deaths of George Floyd, Breonna Taylor, and Ahmaud Arbery, there has been a wider sense of outrage, awareness and urgency in many communities to confront systems of power and racial injustice. This reckoning has affected many industries, including entertainment.

From Broadway to Hollywood to arts organizations across the country, artists are speaking out about longtime injustices, lack of representation and equity in their fields. In Charlotte, artists are coming together to share their experiences and take action through the Diversity On & Off Stage initiative.

Getting the conversation going locally

The idea for the project came from Karla Dingle, an improviser and acting instructor in Charlotte, as she watched some of the nation’s most prominent improv organizations—Second City, iO, Upright Citizens Brigade, and the Groundlings among them—being called out by alumni of color for their lack of equity and representation in their faculties and mainstage staff. Dingle is part of Queen City Comedy, a collective of local performers that focus on comedy, improv, sketch and stand up that also co-presents (along with Blumenthal and Comedy Zone) the annual Queen City Comedy Experience. 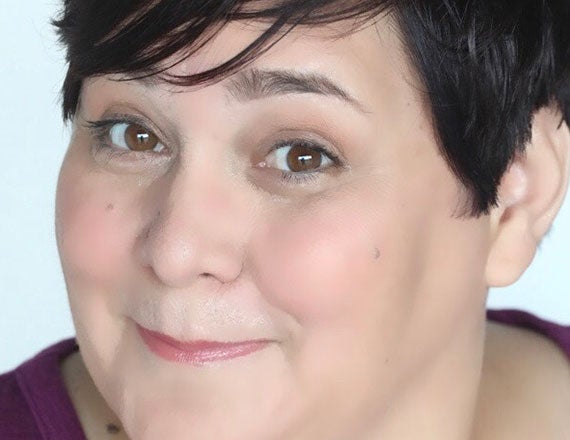 Dingle started attending online forums to learn more about what had gone wrong at these large comedy institutions and asking questions about what was happening in Charlotte. “As we are in our infant phases of Queen City Comedy—four years is nothing compared to 30 and 40 years—I want to make sure that we are building things correctly from the bottom up and not having to go back 20 years later and figure out what we did wrong,” says Dingle.

Improv has traditionally been a white man’s world, explains Dingle. She and her comedy partner Cale Evans (the two perform with the improv and sketch comedy group, Now Are The Foxes) wanted to confront this long-time inequity that too often excludes people of color, as well as women, older performers and others, head on through a conversation with the local community. “Originally, it was going to be a Queen City Comedy talk, and we just felt like we weren’t big enough to impact what needed to be impacted in the arts world and began partnering with Blumenthal and then brought additional organizations to get started,” Dingle says.

Several arts organizations began meeting and planning for larger action. “We want real change and we don’t want to do this for the appearance,” says Joe Hunsaker, a Programming and Events Manager at Blumenthal, who has been part of the planning committee that has convened two larger arts community Zoom calls so far this summer. “I think white people in particular should be looking at their privilege and how can they help,” says Hunsaker, who, like Dingle, is white. Nearly 80 people, representing organizations spanning theater, music, dance and comedy have participated in each Diversity On & Off Stage call.

Creating a space for artists to share their stories

The first step has been providing an opportunity for artists to share their experiences with the larger arts community. “We wanted to amplify Black voices and we wanted companies to hear what creatives were experiencing in their cities,” says Tiffany Bryant-Jackson, who moderated the first conversation. Founder of Open Cage Productions, Bryant-Jackson, who is Black, has completed post-graduate certification in Diversity and Intercultural Competence. “These are your musicians, your actors, your singers … you could easily say ‘that’s a New York thing, that doesn’t affect us in Charlotte,’ but it does. So the very first thing was allowing people the space to tell their stories, what has happened to them in Charlotte that affects their ability to grow and prosper in the arts.”

It's really easy to look around and take note of what's not going "right". This month I have challenged myself to understand that we are in unprecedented times and it's ok to adjust goals. I have taken to writing positive affirmations in my planner each week to help remember my value isn't tied to a performances in a show, working x amount of hours or what I imagined 2020 to be. It's ok to adjust. Adjusting is necessary.

During the initial call, artists shared personal experiences of injustice that take place both off stage and on stage. P.J. Barnes and Keith Welborn, the founders of the sketch comedy and film production company ScrewUp TV, who first bonded as middle schoolers in Charlotte through a shared interest in film and theater, have long confronted stereotypes and discrimination directed toward young Black men.

“Since 13, I’ve dealt with it constantly,” says Barnes. “I’ve been held at gunpoint by police three or four times and zero of the times I had done anything, but it’s just one thing that unfortunately you learn to deal with and try to shut down and get past.” 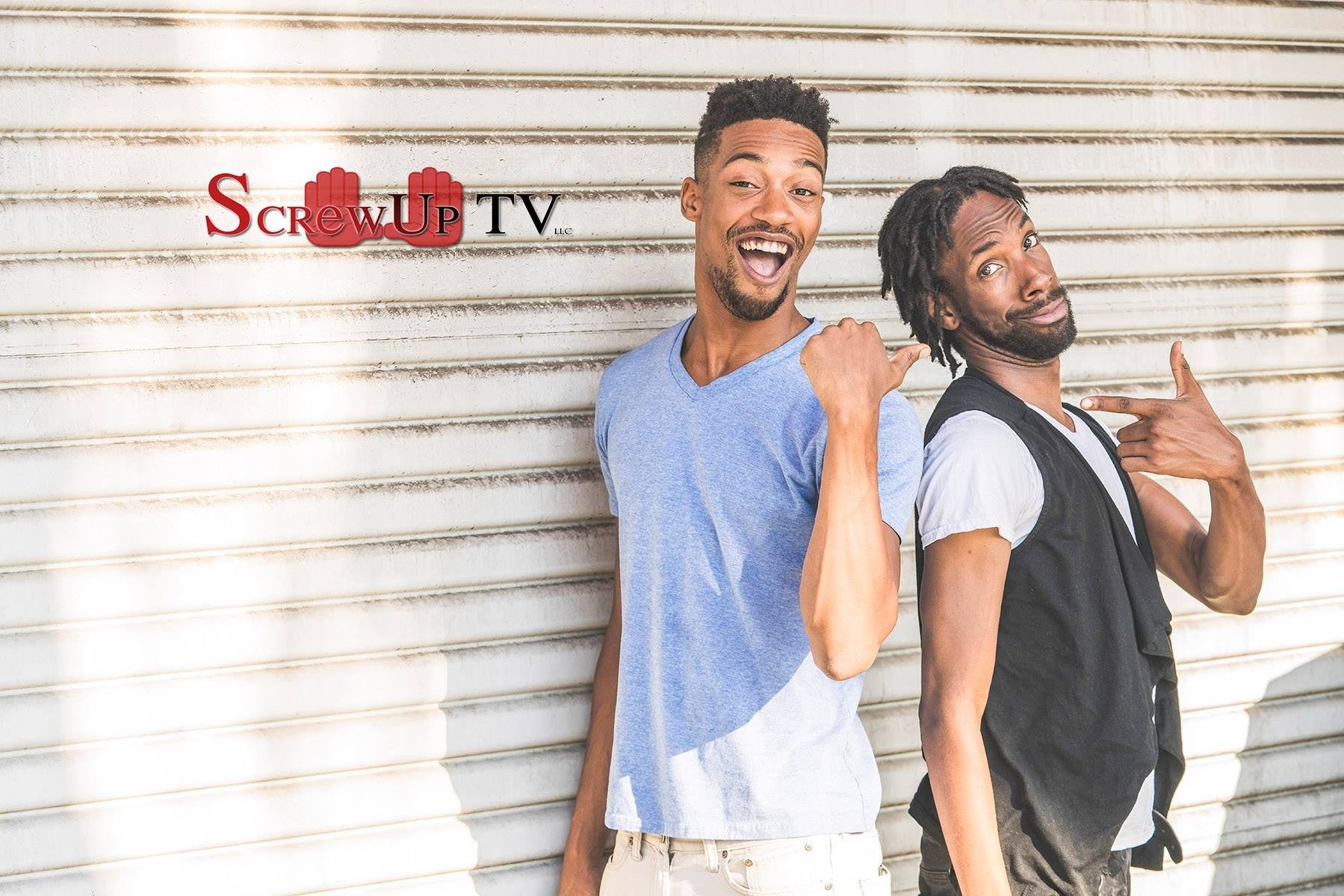 During the first Diversity On & Off Stage conversation, Barnes became visibly emotional. “For the first time I felt people were listening, were actually listening and feeling what I felt,” he says.

Hearing stories of what other artists of color had experienced was powerful, says Welborn, and he could often empathize. “There’s been so many instances where the color of my skin has gotten me into some really messed up situations and I didn’t bring them on myself,” he says. “When I was born, there was no questionnaire saying ‘what race would you like to be?’”

But the real value of the conversation was not as a therapeutic exercise, he says, but in opening the eyes of people who don’t realize the challenges and racism many artists of color experience regularly.

It was an opportunity for others to see “I’m a real person just like all of you, who is unemployed because of Corona Virus and who is doing all the same things you’re dealing with, and with that fact, these are the things that’s happened in my life and are still going to happen,” says Welborn. “… Your real life is bigger than what you live amongst.”

Addressing a lack of equity in the arts world

Confronting legacies of exclusion and discrimination in the arts was also an important topic of discussion, from auditions to who makes up the staff and boards of organizations to the repertoire that stage companies produce and acts they bring into town. “I was delighted to be able to have more of this conversation with Charlotte-based artists,” says Ayisha McMillan Cravotta, who spent more than a decade dancing professionally, and now serves as Director of Charlotte Ballet Academy. Hearing from other artists, including Black female artists who have also worked in classical art forms, like opera, was meaningful. “I got to hear from so many different artists. That was fantastic. There were very many stories that I felt resonated so strong and long with me,” says Cravotta.

“This work is hard... For someone in my position now, and my work is to dismantle what needs to be dismantled and make [it] better, I must learn too,” she says. “Just because I have lived an experience, and I know what it feels like to be the forgotten type of discriminated against or the actively discriminated against or however you want to look at it… now part of my job is to make it better for the next time and the next time and the next time. And it’s not work that any of us can do alone.”

One example the group discussed from the ballet world is the color of shoes and tights that performers wear. It’s been a topic with which the field of dance has long grappled. A light pink color—now referred to as European Pink or Theatrical Pink—is traditionally seen as the default for performers to wear. The peachy pink color evokes a caucasian complexion and certainly complements it, says Cravotta, even if that was not the historical reason for selecting that color. 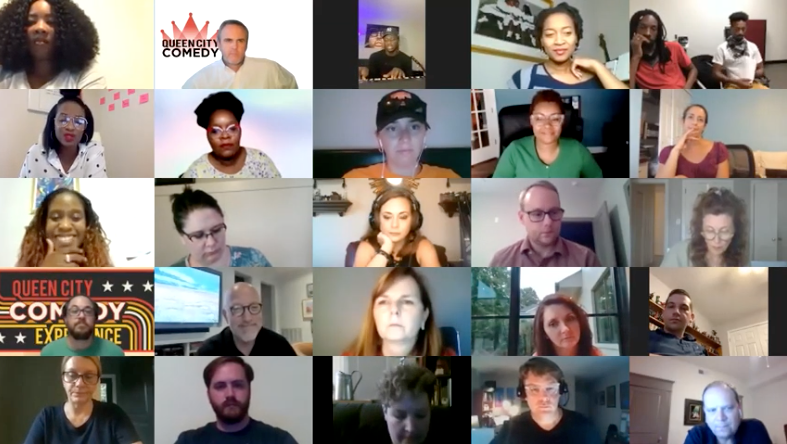 “There’s this binary: there’s 'correct' and then there’s everything else,” she says. Physical presentation in ballet is emphasized from your head to your toes to the tips of your fingers and when everything matches, it’s often described as beautiful, correct and even sublime. Cravotta is quick to add that Black ballerinas around the world have differing opinions on what they would prefer to wear, but part of the issue is that the expectation is for Black performers only to confront this question rather than performers of every skin tone.

When she danced professionally at Houston Ballet and later North Carolina Dance Theatre (now Charlotte Ballet), the companies would order dozens of custom-made pointe shoes in a caramel color for her use each season. These were costly—something that would have been prohibitively expensive as an individual consumer. While today there is more commercial availability of different colored shoes on the market, the larger question remains of what is considered correct in ballet.

Similar issues exist in the theater world too, spanning costumes and footwear as well as the technical ways lighting is used during stage productions. “When you put all of this together then and when the artistic space, the presentation space, the performance space is not ready for brown skin, is not prepared for brown skin, is not geared toward brown skin and you put brown skin in it, it doesn’t look right. And who’s shocked?” asks Cravotta. “Should we be shocked? Does it look less grand? Does it look grey? Does it look pale? Yeah, sure does. It was made for a bunch of people who are not me, who don’t look like me.”

These conversations, while difficult, need to be happening, and Cravotta hopes that beyond this group—educators, parents and other adults working with younger generations will see the urgency of pointing out inequities and acting to address them.

Holding one another accountable

For the collective of artists leading Diversity On & Off Stage, the goal is for this initiative to be a long-term project that leads to action and accountability, not just a thing people did back in 2020. “I want to be able to see anyone on that call a year from now and be able to ask you what you’re up to. I want to be able to hold you accountable,” says Bryant-Jackson. “We will slowly start giving ideas of what you can do. We’ll have some other orgs share what they have done, what they’ve done in their board choices or what they’re implementing in their audition processes. And we want people to take some of those and we ultimately want to create kind of a pledge [for organizations] to really pay attention from every level of how equity and inclusion works.”

For Dingle, who is also the mother of a 20-year old Black son, she hopes the group will continue to work toward equity and representation in every sense. “I want there to be voices heard, I want there to be people that feel less discriminated against, to feel like there’s opportunities,” she says. “I want audience members to look up on stage and little girls and little boys see people who look like them—whether that's someone who’s South Asian or someone who’s Latin or someone who’s LGBT. So I think it goes beyond just skin color. There’s so much diversity out there that needs to be represented.”

But first there is a deep need to focus on Black artists. “The reason why we’re doing this, why Black Lives Matter is because black is an important color on the art wheel,” says Welborn. “And if you don’t have that, then your art is lacking a little bit. People need us, all of us. But right now we’re running low on black ink so let’s go ahead and highlight that for a little bit.”

To participate in the next Diversity On & Off Stage virtual event on September 14th at 7pm, visit: